We are all constantly telling stories, says Shekhar Kapur

Shekhar Kapur speaks about the source of inspiration for artistes, his first days as a filmmaker and how the Indian Constitution saved Bandit Queen. 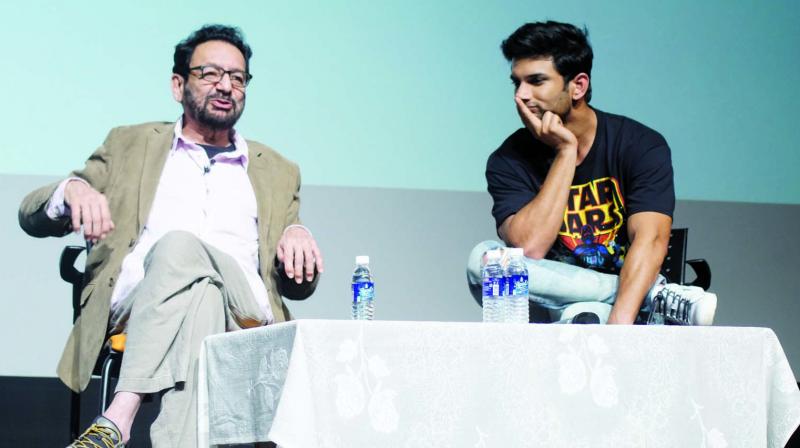 Shekhar Kapur has spent over 40 years in the film industry, growing as a filmmaker and a creative individual. However, there is nothing he would like more than to go back to the naiveté of his Masoom days.

“When I was making Masoom, I did not know the very basics of filmmaking, but people still tell me that it was my best work. Sometimes, I truly wish to get back some of that naiveté that I had as a filmmaker — because I didn’t know. So, anything was possible,” he said, while speaking at a masterclass at The International Film Festival of Goa.

It is this unknowing state of mind that the filmmaker spoke of when Sushant Singh Rajput, who was introducing him asked him a rather convoluted question, “Do you know what it is you are doing, when you do what you do?”

Shekhar promptly answered that he doesn’t know. Asked about his process as a director, he said that it is a process of panic. “I constantly try to bring myself to a state of panic. Because it is only in these moments of panic that you truly gain creative inspiration,” he mused. “So, when I am making a film, I always ask the actor what they would want to do with the scene. It also creates a chance for the actor’s point of view to challenge my own, and it is when I am challenging myself that I am creating,” he explains.

Each profession has its own riyaz. Asked what the riyaz can be for a filmmaker, Shekhar responds that it’s in the storytelling. “We are all constantly telling stories. For a filmmaker, however, those stories have to have conflict. Any contradiction or conflict is a story. An artiste creates harmony in that conflict. For me personally, the story of an individual also has to tell the story of society at large,” he explains.

Speaking about patterns in storytelling, Shekhar says that each individual on a set tells a different story. “For instance, when I was working with Pyarelalji for Mr India, there is a scene where Anil Kapoor is helping those kids wash up and brush their teeth. It’s a funny scene, so I asked him to make some funny music. Instead, he composed an emotional, heart-wrenching score for that part. The reasoning was that it was a foreshadowing of the fact that Mr India loses them in the end. That’s what I look for in a music director,” Shekhar said, excitedly.

Though he had to fight for years for the release of his movie Bandit Queen, the director still believes in the power of the system. “Although I had to go through years of struggle on different levels for Bandit Queen to release, I still believe that a certain censorship is needed for films. And ultimately, it is the intent behind the scene that matters. Our own Constitution says that. Our Constitution saved the movie,” he grins, winningly, before he is bombarded with the next volley of questions.