The Sanjay Leela Bhansali directorial, which was slated to release on December 1, has indefinitely been postponed. 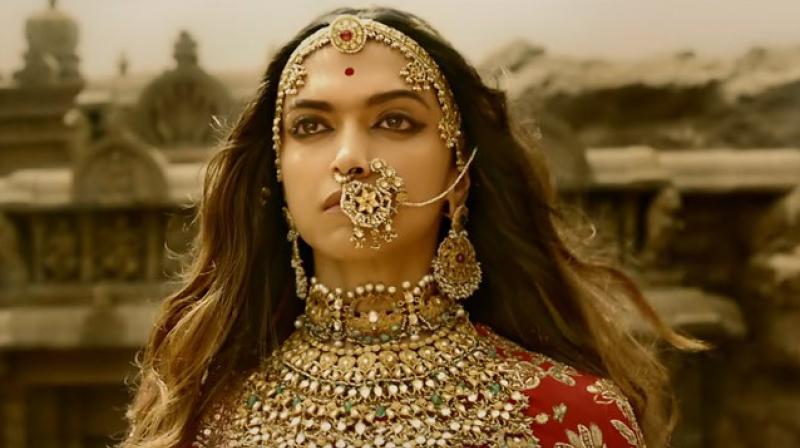 A still from Padmavati.

Mumbai: After Gujarat and Madhya Pradesh decided to join the fracas surrounding Padmavati, the Bihar government has now decided to ban the film in its state. CM Nitish Kumar issued a statement saying that the film will not be released in Bihar, until the concerned parties issue adequate clarification.

The Supreme Court, whilst dismissing a plea to ban the overseas release of the film, also rebuked state governments for their respective bans on the film.
“When matter is pending for CBFC’s consideration, how can persons holding public offices comment on whether CBFC should issue certificate or not? It’ll prejudice decision making of CBFC…All concerned people, holding responsible posts must be guided by rule of law and shouldn’t venture into passing comments on films which haven’t been cleared by CBFC. It’ll prejudice minds of board members while taking a decision,” Indian Express quoted the Apex court as saying.

Earlier, Gujarat Chief Minister Vijay Rupani had said that the film was “hurting sentiments” and would not be screened in the poll bound state till issues were resolved.

'Padmavati,' helmed by Sanjay Leela Bhansali, has been controversy-ridden, ever since fringe group Karni Sena took offence to the film's purported distortion of Rajput history. It stars Deepika Padukone as the eponymous queen, Shahid Kapoor as Maharawal Ratan Singh, and Ranveer Singh as Alauddin Khilji.

Fringe groups had also declared bounties for Sanjay Leela Bhansali and lead actor Deepika Padukone. Initially slated for a December 02 release, the film has now been indefinitely postponed, after a run-in with the CBFC.