The actress chats about her two biopics, her learning curve in the industry and why she doesn’t want to do more than a film or two annually. 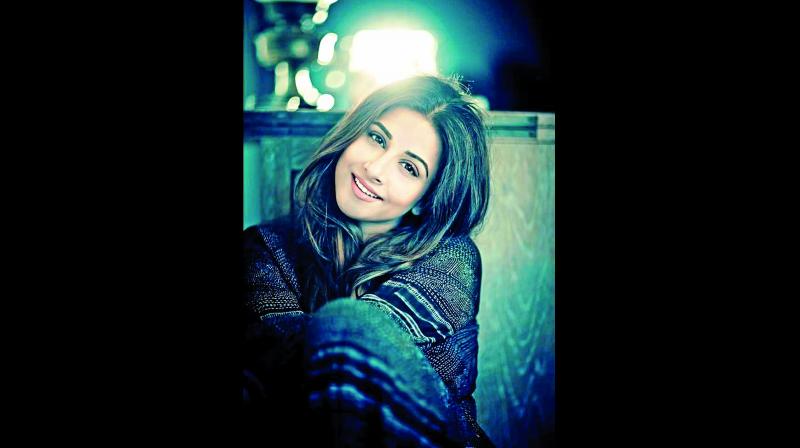 Ever since she essayed a role inspired from the life of South siren Silk Smitha in The Dirty Picture, Vidya Balan has found herself being offered a biopic every now and then. In 2016, the actress was approached to play renowned Malayalam author Kamala Das and was supposedly the first choice for the Jayalalitha biopic, which later went to Kangana Ranaut. After her 2017 release, Tumhari Sulu, Vidya was on a sabbatical for two years and was quietly working on a project close to her heart — a biopic on late Prime Minister Indira Gandhi. She will also be seen in a biopic on the ‘human calculator’ Shakuntala Devi. For Vidya, being a part of these is a tricky business. “It is never easy to make a biopic, especially on someone who has been a public figure. I have been offered several biopics in the past. What matters is the story you choose to tell about that person and that’s very crucial. So if that comes together in the script, then it’s exciting for me,” says the actress.

Talking about essaying the role of the mathematics genius, the actress gushes, “I am extremely thrilled about this project. She is a very interesting character. You have a certain perception of mathematicians and she was fun. I can’t talk about instances yet but that’s what fascinated me about her. She had a great sense of humour so I identified with her.”

Right now, the actress is in a space where she wants to work at her own pace in projects that interest her. She says, “I have never been in any race. I just work for the joy of it. If I don’t enjoy the process, then I will not do it. Now, I feel there is more to life and I am okay doing a film or two in a year. Since I completely surrender myself to a film, it should be something that I feel passionately or strongly about. I don’t want to do films just for the heck of it. While reading a script if I find the story interesting and I want to live that life, I just jump into it. It has to call out to me.”

And, perhaps, that’s what made her take up the biopic on late Prime Minister Indira Gandhi. The actress has been quietly working on the project that’s quite close to her heart. “It is a while away and it will take time. I know there is a lot of excitement around this. For me, she is the most powerful woman and it’s an honour to do this but web series do take time.” Vidya isn’t hassled that the project is taking longer than usual. “I hope it happens sooner than later. I have no understanding of how web series work, but since Ronnie (Screwvala) is producing it and working on the script, it’s taking time. I can only wait. Hopefully, they will come to me soon and say this is what we have, but it takes a lot of time to get the stricture right.”

The actress, who has clocked a decade-and-a-half in the industry, has seen both highs and lows in her career. Speaking about a phase after her super-hit film The Dirty Picture, she says, “When you are going through your low, you think ‘where am I going wrong that my film is not working’ and ‘what I was doing earlier that my films were working?’ Then I realised one person couldn’t be blamed for a failure. Something didn’t match in the film and the energies don’t match sometimes.” But her career lows were her learning curve. And now, she doesn’t mind being different from other stars. “I don’t think I am a misfit; I am different but it’s fine. I would like to stay like this,” she concludes.