Entertainment   Bollywood  28 Sep 2018  Aamir Khan was one of the reasons Amitabh Bachchan took up Jhund, here’s how
Entertainment, Bollywood

Aamir Khan was one of the reasons Amitabh Bachchan took up Jhund, here’s how

The day has finally arrived when Aamir and Big B came together on screen for a film i.e. Thugs Of Hindostan! 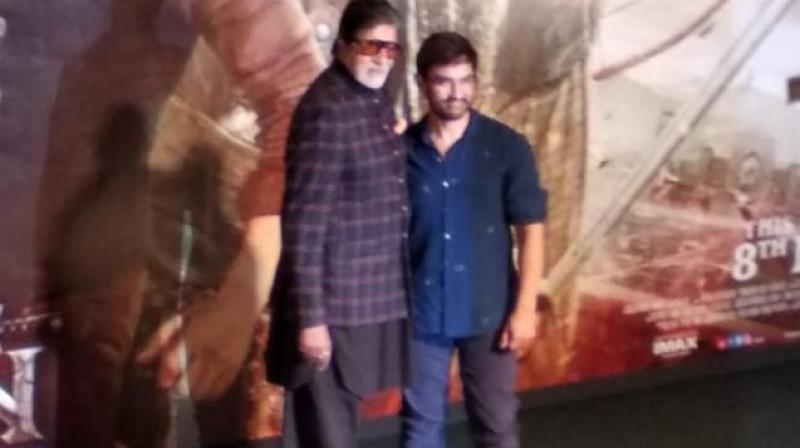 The day has finally arrived when Aamir Khan and Amitabh Bachchan came together on screen for a film that is Thugs Of Hindostan!

The two might be enemies on screen but they seem to have evolved a sweet friendship while shooting for the movie.

That strong bond was visible at the trailer launch stage today where Big B pulled Aamir's leg again and again. Mind you, Senior Bachchan does that only when he's fond of someone.

Big B seems to have put forth a word to Aamir about being approached for Nagraj Manjule's Jhund, because of which he revealed, "Jhund is real-life story. It is about these kids from Dharavi who end up forming a football team for a cause. Aamir also insisted that I do the film, and you know that the movie is right when Aamir says so."