Vishal Bhardwaj confirms his next film with Priyanka Chopra

It was reported that the filmmaker would do a movie based on "Twelfth Night" with Priyanka in the lead. 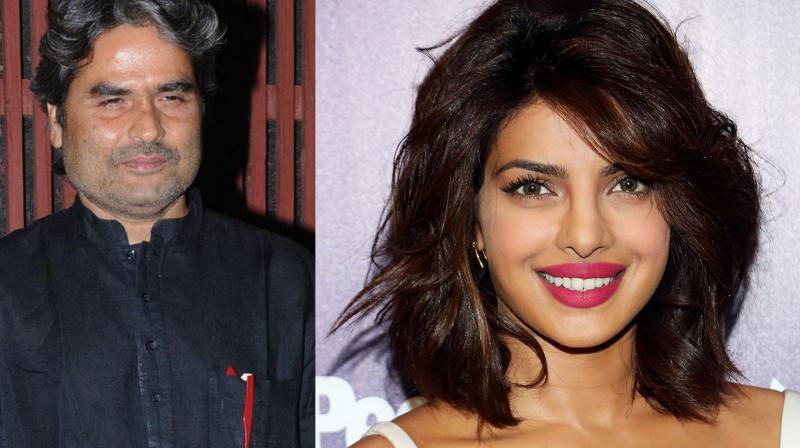 Mumbai: Filmmaker Vishal Bhardwaj said he is in talks with actor Priyanka Chopra for a film which might go on floors sometime next year.

Earlier, the director had expressed his desire to work with Priyanka on a project. It was reported that he would do a film based on "Twelfth Night" with the "Quantico" star.

When asked about it, Vishal told reporters, "Priyanka also wants to work with me. And we are working with each other. Hopefully, we will start the film next year."

The duo previously collaborated on "7 Khoon Maaf" which was an adaptation of the short story "Susanna's Seven Husbands" by Ruskin Bond and "Kaminey".

The director is currently ready with his next project, "Pataakha", a comedy-drama about two sisters, Badki and Chhutki and, is based on an acclaimed short-story by renowned writer Charan Singh Pathik.

Vishal, however, was supposed to begin a film with Irrfan earlier this year before the actor had to head to London for his treatment. The director ultimately put the film on hold.

When asked about it, he said, "I don't know about the film's status. I can tell you my heart's status and it is that we all are praying for him. Obviously I'm missing him as a friend but also as an audience. I want to see him on screen again, whether it's my film or someone else's."