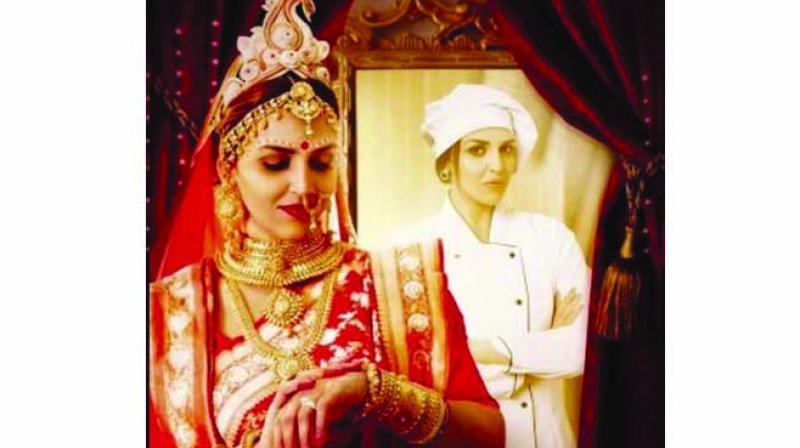 Poster of the movie Cakewalk

Prior to her baby, Esha’s body of work largely consisted of pure entertainers like Dhoom, Kaal, No Entry, Shaadi No. 1 among a host of other flicks; but the Deol girl plans on being more choosy, and taking up relatable roles henceforth.

She believes Cakewalk could just be the comeback she has been on the lookout for. “I was approached with the script just five months after popping Radhya (her toddler daughter). It has a realistic yet happy-go-lucky vibe to it, and yet makes a great deal of sense. My character is assertive, strong, ambitious and pretty much possesses the traits of most new-age women. But there’s an element of surprise that unravels,” shares Esha.

The actress who is quite social media savvy, has been lying low on the work front. “I’d like to attribute the happiness and joy in my life to motherhood. It has made me more confident, and being a mother teaches you about unconditional love.”

Not quite the poster girl for fitness after pregnancy, Esha likes it that way. “I have people in my circle who go on diets the day after delivery. I think that is very wrong and I like striking a balance. And yes, I’m following a vegan way of being not to garner interest but because it helps me on a personal level.”

Unlike stars who shy away from social media, Esha is up for it and okay with the trolls. “I believe if someone is on social media, they should be immune to trolls and negativity. Actors need to be strong and take it in their stride, as these things don’t really matter.”