Entertainment   Bollywood  28 Aug 2018  Sunny Kaushal reacts to being compared with brother Vicky and it is giving us sibling goals!
Entertainment, Bollywood

Sunny Kaushal reacts to being compared with brother Vicky and it is giving us sibling goals!

Both Sunny and Vicky Kaushal are proud of each other's works and it clearly shows in their attitude. 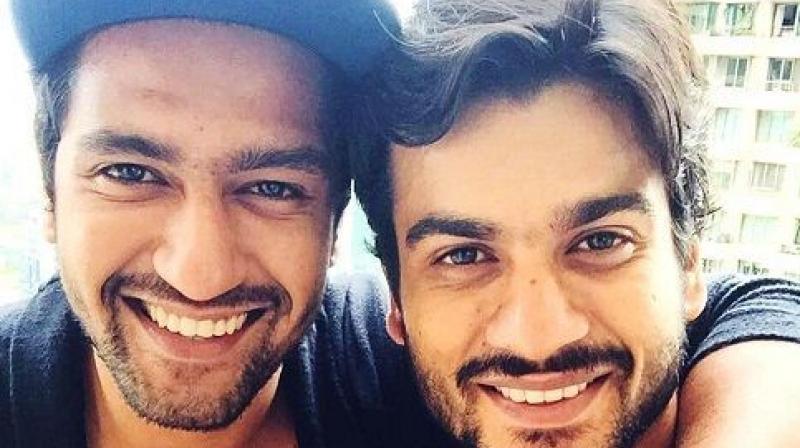 Three years back, a boy named Vicky Kaushal made his risky debut with the movie ‘Masaan’ which gained critical acclaim. Vicky himself too received numerous praises for the film and then there was no stopping him from there! Not many might be aware of this, but Vicky is proud to have a brother in Sunny Kaushal also made his debut and is garnering many praises for Reema Kagti's ‘Gold’. Sunny, also proud of his brother, has a mindblowing response when The Asian Age asked him about dealing with comparisons between him and Vicky.

Here are some excerpts from the interview:

When you entered the industry, were you scared about comparisons with Vicky and did it even happen?

Honestly I did not even give the comparison a thought till after the shoot was over, film was releasing and somebody asked me how will I feel on being compared to Vicky and my reaction was, ‘Oh am I being compared to Vicky?’ My answer would be that when you grow up with a sibling, comparisons are bound to happen. It’s just that now we’ve come on a larger platform where the world is comparing us but otherwise society, at home, teachers, they always compare, especially since we just have age difference of around a year. I in fact feel comparisons are necessary to grow since we both learn something. There’s nothing to feel bad or pressurized about in that.

But didn’t you fear that if you’re a little lesser then you won’t be accepted?

But that’s my mistake, right? Vicky has proven himself and his acting skills and I will then learn from him and know that I need to buckle up and grow as an actor. That way you will always compare one actor to another.

Vicky made his debut with an unconventional role but you went for a full-fledged commercial kind of film. Is it that you wanted to do such a role?