Shah Rukh also said that he one day hopes for a star like Tom Cruise to be able to say that he has been given a chance in a Hindi film. 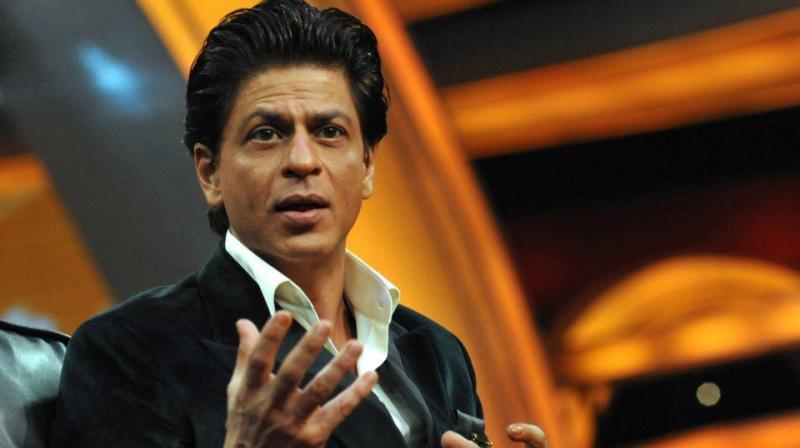 Mumbai: Bollywood superstar Shah Rukh Khan has a tremendous fan-following worldwide and he is loved by millions. Known as Badshah of Bollywood, the actor is also popular for his sharp wit and a great sense of humor. Shah Rukh Khan recently displayed his terrific humorous side when he was asked about not doing a movie in Hollywood yet.

In a conversation with Economic Times, when he was asked whether he has ever thought of working in a Hollywood flick, the 'Raees' star said, “They have to look at me; I can’t look at them. I look at the moon every day but I don’t reach for it. It started with Om Puriji and now Priyanka, Irrfan and so many others are doing it. Nawazuddin Siddiqui is getting some films. Amitji (Amitabh Bachchan) has done some, Anupam Kher too has and it’s wonderful. But I have never been offered an opportunity.”

Shah Rukh Khan jokingly added, "I have never been offered an opportunity. They have to look at me. I can’t look at them. I look at the moon every day but I don’t reach for it. I don’t even know if I am good enough to do it - I think my English is a little weak.”

SRK further mentioned, “Not taking away from the greatness of anything that others have achieved, I’d like Tom Cruise to say one day that ‘I’ve been given a chance in a Hindi film’. Man, that will be wonderful. Christopher Nolan would say that there is a producer in India who wants him to make a film.”

My Fanboy moment. Inspiring to hear Mr.Nolan & Ms.Tacita Dean talk of the virtues of celluloid as an artist’s medium. Thanks @shividungarpur for having me over pic.twitter.com/08dyi0kmwz

On the professional front, Shah Rukh Khan will next be seen in Aanand L Rai directorial Zero. SRK will be seen opposite Anushka Sharma and Katrina Kaif in the film. Zero will release on December 21, 2018.