Kedarnath, despite its pious title, has been plagued with difficulties almost right since its inception. 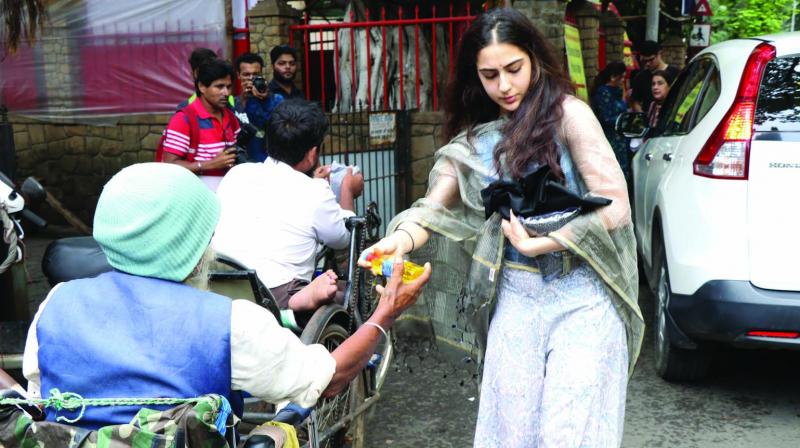 Sara at the temple

With the release of her debut film, Kedarnath, (finally) approaching, Sara Ali Khan seems to be in the mood to gather all the blessings she can. The debutante was recently spotted visiting the Mukteshwar Temple in Juhu with her brother Ibrahim and her mother Amrita Singh.

Kedarnath, despite its pious title, has been plagued with difficulties almost right since its inception. First, there were differences between director Abhishek Kapoor and producer Prerna Arora, which lead to the latter being replaced by Ronnie Screwvala; then there was some trouble between Sara and Ronnie; and now, it seems the film is likely to clash with some other big-ticket projects.

“Amrita is very concerned for Sara. The family went to the Mukteshwar Temple to pray, to ensure that there are no further problems for the movie and Sara’s career. Usually, film folk prefer to go to the Ajmer Sharif or to the Siddhi Vinayak Temple in Mumbai before a release because it makes for a good photo-op,” a trade source says.

Meanwhile, Sara, who has also signed Simmba, is shooting for the film produced by Karan Johar, directed by Rohit Shetty, and starring Ranveer Singh.