Only a handful of sensible filmmakers remain, says Javed Akhtar 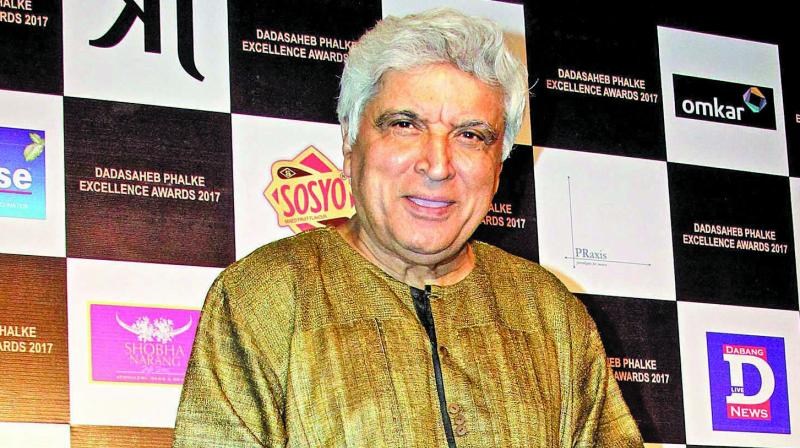 This weekend saw the audio launch of filmmaker JP Dutta’s upcoming war film, Paltan. Speaking at the event, lyricist Javed Akhtar said how important it was to empathise with the soldiers at the border while writing songs for a film like Paltan.

“Until you feel a soldier’s pain and agony, his strength and sacrifice, you will not be able to write the correct lyrics. If you write without feeling, your words will sound as fake as the speeches made by politicians. “

Praising the director who’s nearly synonymous with the genre, Akhtar added, “Many patriotic films have been made with big star casts, right from the 1950’s. But JP Dutta sahib is the only one who’s managed to make a trilogy because his films are made from the heart. And everyone involved works with all their heart.”

“If filmmakers feel they can pretend to make good films and walk away, the audience won’t spare them. Today’s audience knows what’s good and bad. The quality of JP Dutta’s films comes from the heart; that’s why they work,” the lyricist added.

Talking about the songs penned by him for the film, he said, “I called up JP Dutta sahib and thanked him for allowing me to write lyrics for his film. I consider this to be a rare opportunity.”

Akhtar also revealed that his style of writing was not well-appreciated by all. “Someone once said, ‘Don’t get Javed Akhtar to write songs for you, he introduces shayari (poetry) in all his songs.’ May I take this opportunity to ask, what should I write instead – algebra or geometry?” he asked, adding, “Only a handful of sensible filmmakers who like sensible songs still exist in this industry.”