Entertainment   Bollywood  28 Aug 2018  Katrina Kaif’s picture from Bharat sets is all you need to jazz up the day!
Entertainment, Bollywood

Katrina Kaif’s picture from Bharat sets is all you need to jazz up the day!

After wrapping Malta schedule of 'Bharat', Ali Abbas Zafar shared a gorgeous picture of Katrina from the sets. 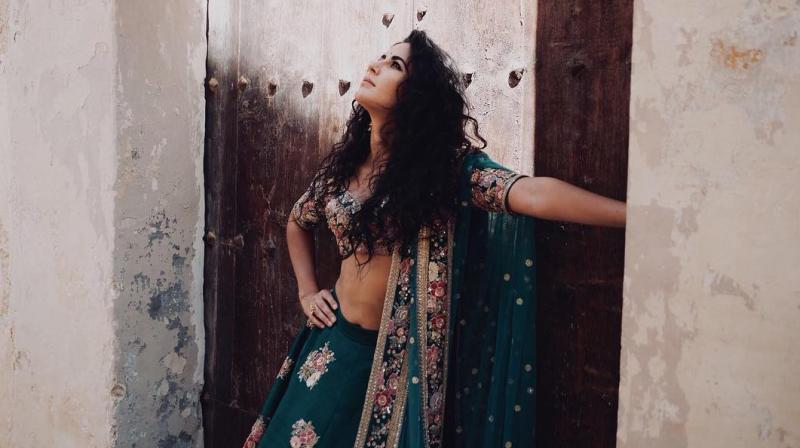 New Delhi: After wrapping up the Malta schedule of 'Bharat', Ali Abbas Zafar shared a gorgeous picture of Katrina Kaif from the sets of the movie.

The director shared the photo on Instagram and captioned it as,"Bharat #between #the#shots @katrinakaif #picture #by @marcinlaskawiec."

Previously, Zafar took to social media announcing the wrap of the second schedule with a still of the lead couple- Salman Khan and Katrina.

In the still, Salman donned in a classic black sherwani, and danced away his 'Tiger Zinda Hai' co-star, who looks dazzling.

To keep the buzz around the film alive, the team of 'Bharat' has been keeping fans abreast with all the happenings from the movie sets. The 'Dabangg' actor has shared a series of videos from Malta, while the 'Fitoor' actor has also shared some stills.

The first schedule of the movie was wrapped up in Mumbai.

'Bharat' is Zafar's third collaboration with Salman, in which the actor will be seen sporting five different looks spanning over 60 years, including a crucial part which will showcase the actor in his late 20s, looking much leaner and younger.

The film, which also stars Tabu and Disha Patani in pivotal roles, it is slated to hit the big screens on June 5, next year.