Entertainment   Bollywood  28 Aug 2017  Kapil does it again, fails to turn up for shoot with Baadshaho team, Ajay and co walk out
Entertainment, Bollywood

Kapil does it again, fails to turn up for shoot with Baadshaho team, Ajay and co walk out

The team walked out after the host reportedly 'could not wake up' post his party late night and couldn't make it for the shoot. 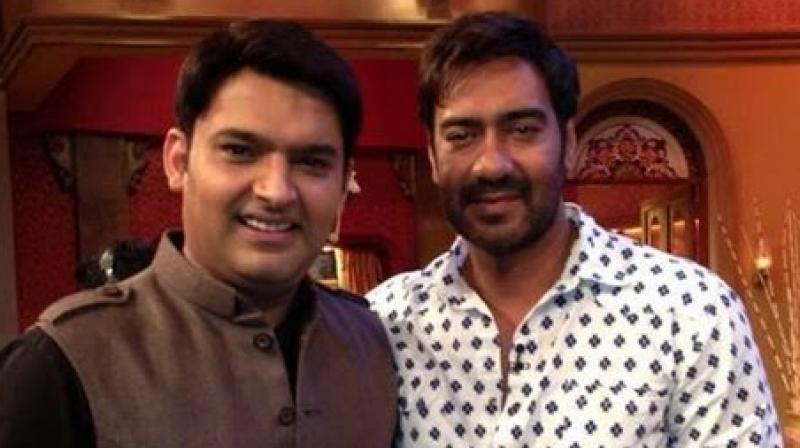 Mumbai: There was a time when actor-comedian Kapil Sharma could do nothing wrong.

From being the darling of Bollywood stars for a substantial period of time with most of them making an appearance on his show, it would not be wrong to say that Kapil Sharma has suddenly become a villain.

Post his much-public fallout with friend Sunil Grover after reportedly throwing a shoe on him on a flight, the TRP ratings of his show fell down drastically and this was followed by his health issues.

The comedian-actor reportedly collapsed on the sets a couple of times and was rushed to the hospital and rumour mills were abuzz that it was due to the stress over the falling TRPs.

It was these health issues that had led to the cancellation of the integration episodes of ‘Jab Harry Met Sejal’, ‘Mubarakan’, ‘Guest Iin London’ and ‘Poster Boys’. Kapil even reportedly kept ‘OK Jaanu’ leads Shraddha Kapoor and Aditya Roy Kapur waiting for almost five hours before the shoot.

And this time, the team of upcoming period drama ‘Baadshaho’ had to face the brunt of Kapil’s erratic behaviour, according to a report in Mumbai Mirror.

Considering the recent string of cancellations, the team confirmed with the show makers about the shoot, but when the lead actors Ajay Devgn, Emraan Hashmi, Ileana D’Cruz and Esha Gupta turned up on the sets, Kapil was nowhere to be seen.

“The film's team had been in touch with Kapil's team since the previous night to ensure that everything went as per the plan. It was decided that the camera would roll at 11 am and Kapil's team assured them that he would arrive on time. Even before the stars could leave from their respective residences, Kapil's team claimed he was on his way and it won't take time they claimed Kapil was at a hotel which is only 15 minutes away from the studio,“ a source told the tabloid.

Apparently, Kapil was partying till 6 am and could not wake up post that. After being informed by the team that it’d take him at least two hours to get ready, the actors decided it was best to leave.

“Kapil's team informed them that the show host hadn't woken up and if they waited for him, it would take at least two more hours for him to get ready and reach the venue. There was no update from Kapil's end after that so the actors walked out at 11.15am,“ the source further added.

With ‘Baadshaho’ set to release on September 1 and with back-to-back promotions lined up this week, the team has no plans of returning to the show to shoot the episode either.