Entertainment   Bollywood  28 Jul 2020  You should embrace who you are and feel good in your skin says Vidya Balan
Entertainment, Bollywood 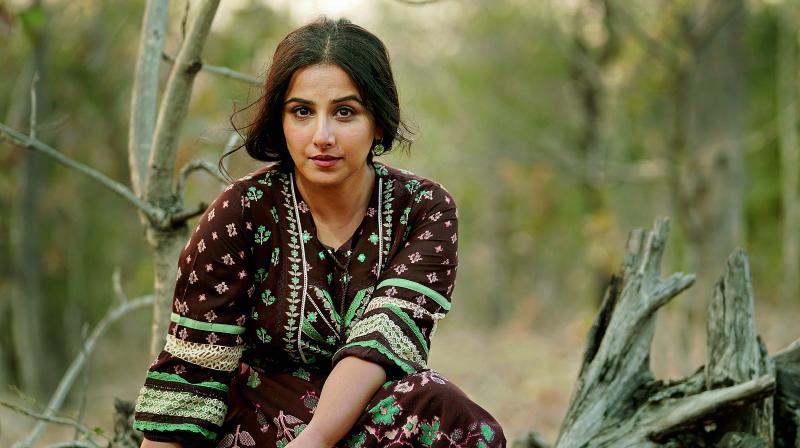 Over the last couple of weeks, actress Vidya Balan has been promoting her film extensively.

It’s 7.30 pm when she chats with us over a telephonic interview from Mumbai, and Vidya sounds exhausted but her enthusiasm has not diminished.

She responds earnestly to every question posed in this freewheeling conversation that is peppered with infectious laughter.

How do you feel about Shakuntala Devi releasing on an OTT platform?

I get an adrenaline rush during these promotions. This film was ready to release on 8 May, but then the pandemic happened, which led to further delay. I am glad that it’s releasing on an OTT platform at a time when people are going to be home. And hopefully, they will enjoy it.

Do you see yourself taking up an OTT project?

I have been offered many roles but nothing has yet excited me enough because it is a long-term commitment, and that is something that I am a little wary of. I tend to get bored easily. But I will explore that at some point when I find the right subject.

What drew you to Shakuntala?

I read that despite being good at maths, you found it a bit challenging to play her character. I enjoy numbers and was an above-average maths student in school. But it was important that I portrayed Shakuntala Devi’s flourish when it came to maths. When you watch Shakuntala Devi’s shows, you realise she gave her answers with élan. It was like a magic show unfolding in front of you. I had to capture that spontaneity with which she revealed the answers, and that was challenging. Most people have this aversion to maths, but she broke that myth of maths being a dry subject. I know so many people who interacted with the maths genius. It seemed like I was the only person who had not met her.

As you play these very intense characters, does it help to have a life partner from the industry?

I don’t know if that makes a difference. It is the person who makes the difference. Sidharth is someone who understands that I get fully immersed. Over the years, since we have spent so much time together, we have begun to understand each other better. And now, he knows how I am when I am in the midst of a film, so he gives me that space. He gives me that support. I think even if he was not from the industry, he is the sort of person who would give me that space.

The two of you have decided not to work together. Does this also include not sharing or discussing your projects with each other?

We share what’s happening in each one’s life and we support each other because we are very passionate about what we do. Sometimes, being supportive requires you not to say anything — just to hear the other person out. He is a fantastic listener and I tend to talk a lot. We definitely discuss and share whatever is happening in our lives.

You are an inspiration to all those women who suffer from low self-esteem because of constant body-shaming. What is your advice to them?

Each of us has a body type. You can’t fight that and you shouldn’t fight that as you would spend a life time fighting it. I realise that there was a phase when I hated my body for so many years, and it is so unfair because it is the same body that is keeping me alive. Yes, it is important to stay healthy, eat right and exercise, but there should be a balance. You should embrace who you are and feel good in your skin because you will never earn anyone’s approval 100 per cent. For instance, when I lost weight, people told me, ‘Your face has become so thin.’ The only person’s approval that should matter to you is your own.

Your days of struggle are well chronicled. Do you think the current generation has lost the ability to handle disappointment?

I do think social media has a role to play as people are projecting a certain image about themselves. Probably you are putting out an aspirational post, but someone else thinks that is your life, and then you end up wanting to constantly live up to that image. At this point, we all feel the need to opine about everything, and that is also very harmful. And this does not just happen to celebrities alone.
Once, a friend, who is a well-known nutritionist, posted her picture on a social networking site wearing a sleeveless top. Someone she knew well commented that her arms were looking flabby. She is a fit woman and she confessed feeling terrible about it for an entire day. I told her not to be ridiculous and that she is gorgeous. We are letting people get to us.

You have friends who are clearly not a part of the glamour world. Is this where you get your sense of balance from?

I did try making friends in the industry early on in my career. These are not friendships that last. You are intensely involved with one group of people during the making of a film; then you move on and the same pattern follows. It becomes difficult to keep in touch with the first group, so you enjoy it while it lasts and then you move on. I have friends who live abroad. They are all married with kids. Our lives are busy and there is also the time difference to deal with. We are very much in touch once in two weeks or once a month and that is very fulfilling for me.

Speaking of social media, you rarely post pictures from your personal life. Is this a conscious decision?

I love people. But on a personal level I am deeply private. I am married to an equally private person and I respect that. I guard my privacy and loved ones ferociously and don’t want to expose them to any lose comments. Otherwise, there is Sidharth whose brains I chew besides my sister’s.

Finally, before we conclude, what has the pandemic taught you?

More than ever, I have begun to count my blessings. I have realised I can be self-reliant. As actors, some of us are quite spoilt and depend on many people for many things.