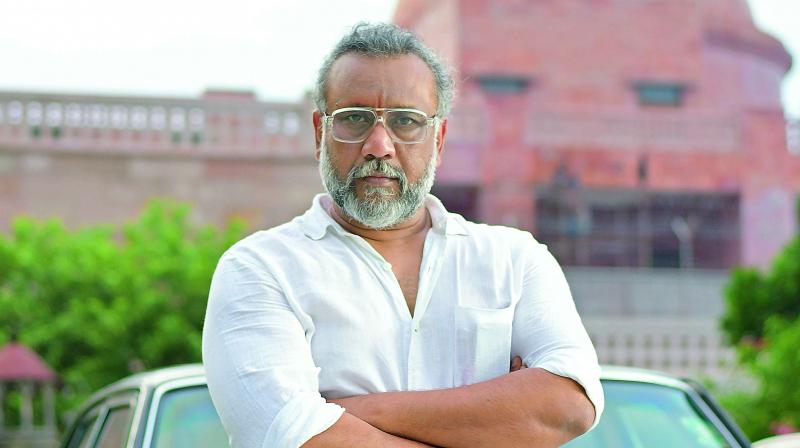 After the success of his critically-acclaimed movie Thappad released this year, Anubhav Sinha has announced his next project an anthology film based on stories and experiences from the Covid-19 pandemic.

It will be produced by his banner, Benaras Mediaworks.

For the film, Sinha has joined hands with four of his filmmaker friends — Hansal Mehta, Sudhir Mishra, Ketan Mehta and Subhash Kapoor. “We will all interpret this period — starting February-March 2020 — and we will all tell a story from it,” Anubhav shares.

Anubhav said it was the struggle to find a hospital bed for Sudhir’s driver who had caught the infection that triggered the idea of doing an anthology. The death of Sudhir’s father during the period, and also the trauma of losing Irrfan Khan and not being able to attend his funeral fuelled this decision.

“There’s one story by Subhash, one by Hansal, one by Sudhir bhai, one probably by Ketan. These are filmmakers that I believe the so-called ‘Bollywood’ has largely ignored,” adds the director.

Elaborating on each filmmaker’s part, Anubhav explains, “Hansal’s story is quite comic and tragic. Sudhir bhai’s is quite political. Subhash’s is also political, but in a different way. I am still struggling with my story — I want to tell an atmospheric story, which is about fear. I live on the 20th floor and I can see a very large expanse of Mumbai from my window. It has suddenly started looking like a deserted, dead city. And Ketan says ‘main dekh ke batata hoon.” [I will think about it and get back]. The yet-to-be-titled anthology is scheduled to release in 2021.