Priyanka Chopra flies out of Bharat 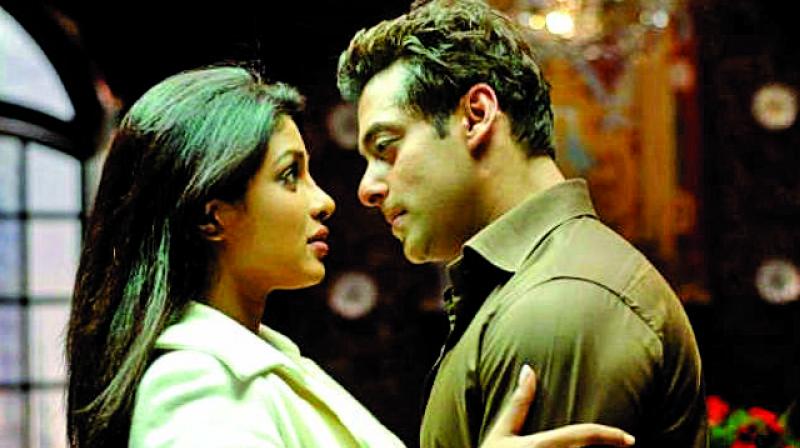 Priyanka Chopra’s announcement on Thursday that she would no longer be a part of Salman Khan’s home production Bharat sent the whole industry into a tizzy. The actress who’d announced her big Bollywood comeback with the film a few months ago was supposed to start shooting in a few days. Industry insiders believe that this call of hers will have repercussions and may not go down well with Salman.

While the rumours of her exit had been doing rounds for the last couple of days, director Ali Abbas Zafar took to twitter on Thursday morning and announced what people already knew. The director broadly hinted that Priyanka’s exit had something to do with rumoured beau Nick Jonas. “Yes Priyanka Chopra is no more part of @Bharat_TheFilm and the reason is very very special, she told us in the Nick of time about her decision and we are very happy for her,” he wrote. The shooting for the film began a few days ago and Priyanka was expected to join the cast in August. This would have marked her return to Bollywood after a three-year hiatus.

However, sources close to the film describe this marital alibi as a ‘whitewashing job’ and believe that she may have got a bigger project. Says an informed source, “The director who is a close friend of Priyanka’s, doesn’t want any ugly controversy about her exit. So he’s making it sound like an amicable parting, which it is not.  Salman is hardly going to be pacified by this reason. If she were getting married she’d have planned it for after the film’s wrap up. This is not a small film and opting out of it more or less seals her plans for a Bollywood comeback.”

The actor who has been spending more time in the west was looking for a big-budget film for a comeback. Bharat would have been the perfect platform. Another source close to Salman, on condition of anonymity said, “This is madness. Considering it was Priyanka who was keen to be in the film. She approached Salman and Ali Abbas Zafar at a time when they had almost finalised Katrina Kaif. Priyanka told them she wanted to come back to Bollywood. Now when Bharat has gone on the floors, why is she having second thoughts?

This isn’t the first time Priyanka has rubbed Salman the wrong way. The two had a fallout years ago when Salman got her replaced in Namastay London. “He suggested Katrina Kaif’s name to Vipul[Shah] for the film,” the source reveals. And things further went south when Priyanka refused two films opposite Salman. The actress was offered London Dreams and Main Aur Mrs Khanna but unfortunately, she never signed the dotted lines. Her refusal to be a part of Sohail Khan’s production didn’t go down well with bhai and battle lines were drawn. “Both were shooting for God Tussi Great Ho then and the ice-cold vibes on the sets were for all to see,” remembers a source from the crew. Things turned to worse when she chose Shah Rukh Khan’s Kya Aap Paachvi Paas se Tej Hain instead of Dus Ka Dum. For the uninitiated, the two Khans were also sworn enemies after a public showdown. But then, there are no permanent enemies or friends in Bollywood and the two had eventually mended their ties.

Salman and Priyanka have worked in God Tussi Great Ho, Mujhse Shaadi Karoge, and Salman-e-Ishq. Currently, Priyanka is also a part of a Hollywood project, Isn’t It Love? While it’s too early to get a clear picture on the aftermath of the crisis, early indications are that Salman’s trusted friend Katrina Kaif will step into the part. “She was the first choice. And she’s also a close buddy of the director from the time she played the lead in his directorial debut Mere Brother Ki Dulhan.Perhaps she was destined to be Bharat ki Bharati all along,” says a source closely associated with Bharat.