The movie has collected close to Rs 10 crore in its six-day run at the box office. 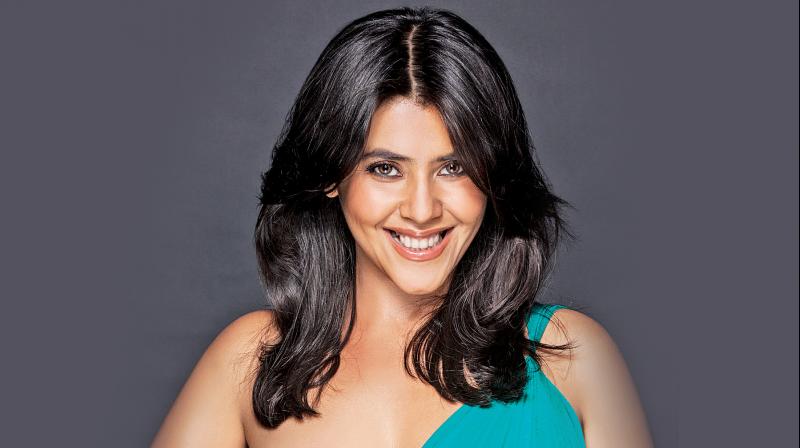 Producer Ekta Kapoor revealed that she did not promote her film Lipstick Under My Burkha on television at all. “I did not put any promos on TV. We promoted it mostly on Instagram,” says Ekta about using a new dipstick for the Lipstick.

The movie has collected close to Rs 10 crore in its six-day run at the box office.

Ekta feels vindicated after Alankrita Shrivastava’s Lipstick Under My Burkha has performed creditably at the box office for a small budget non-star cast film.

The controversy ridden film was picked up by Ekta Kapoor to put in the monies for the print and advertising and release it much against the wishes of her team.

“I was told that the film will not even recover the P and A monies and my team said that the movie will not do more than `20 lakh on the first day at the box office. So, I told them and that we can make five more daily soaps and recover the money because I liked the film and wanted to be a part of it,” says the producer.

“More than anything else, I am happy because every research agency stated that the film will not do well. There were articles on the day of the release, which said that ‘chick flicks don’t click’. So many people made patronising statements as well telling me it was a festival film. For me, movies are either good or bad. We tend to underestimate the audience, but when people saw the movie, they got it,” says an elated Ekta.

The queen of ‘saas’y soaps and saucy films says that the success of this film means a lot. “Mind you; it is not that if this movie had not done well, people would stop making such films. A lot of individuals make movies like that and Alankrita’s work has answered all those people,” concludes Ekta.