Akshay Kumar is all guns blazing on set of 'Sooryavanshi'

Akshay Kumar surprised his fans by sharing a striking snap from the sets of his upcoming cop drama 'Sooryavanshi'. 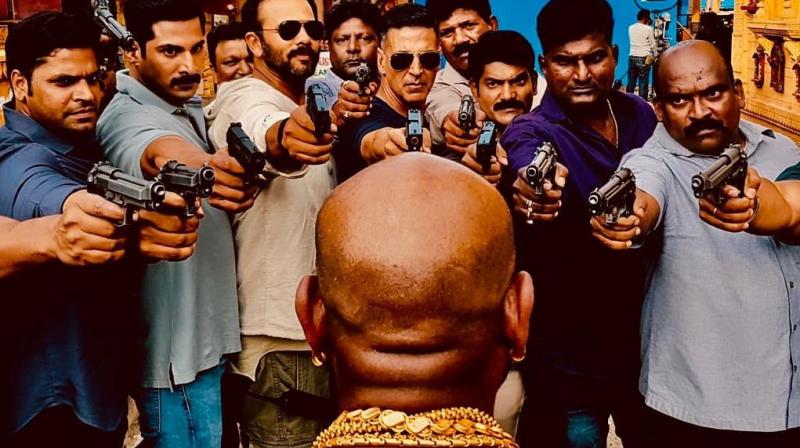 New Delhi: Akshay Kumar surprised his fans by sharing a striking snap from the sets of his upcoming cop drama 'Sooryavanshi'.

The picture posted on Instagram features Bollywood's 'Khiladi' alongside director Rohit Shetty and other junior actors pointing guns at man referred to as "Fight Master" in the caption.

"When your Action is over and the only thing left to do is Shoot the Fight Master #Sooryavanshi giving Love to The Big Man with the Golden Head who kept us all alive during this Epic Crazy month," he wrote alongside the snap.

A few days ago, Katrina Kaif who is playing the female lead in 'Sooryavanshi' shared a monochrome picture with Akshay Kumar from the sets of the film which took social media by storm.

'Sooryavanshi' was set to lock horns with Salman Khan starrer 'Inshallah' during Eid, but later to avoid any clash, the makers of action thriller changed the release date to March 27, 2020.

This is the first time that Akshay has collaborated with Rohit for a project. After the success of 'Simmba' and 'Singham', Rohit has expanded his cop universe with 'Sooryavanshi'.