The film is scheduled to be released on 15 August 2018 alongside Akshay Kumar's 'Gold'. 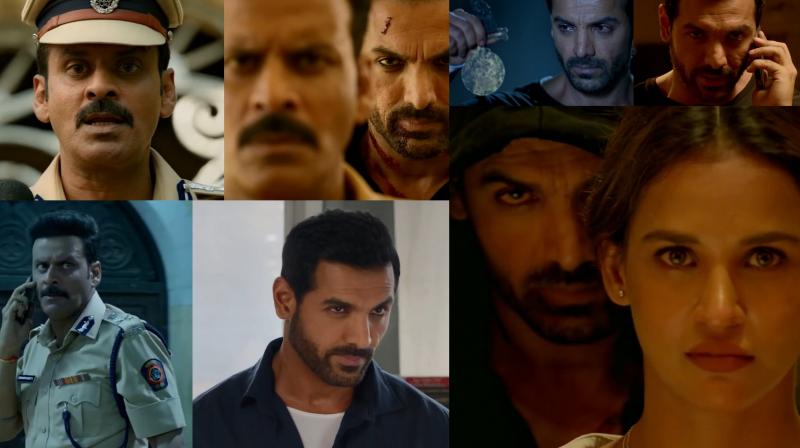 Mumbai: John Abraham and Manoj Bajpayee will be seen together in action thriller 'Satyameva Jayate'. The makers of the film have released the trailer today. After super success of ‘Parmanu: The Story of Pokhran’, John is here to end corruption in ‘Satyameva Jayate’.

The trailer indicates a thrilling cat and mouse game between an honest police officer (played by Manoj) and a vigilante (John) who is on the mission to eradicate corruption, but on his own terms.

'Satyameva Jayate' is written and directed by Milap Milan Zaveri and produced by Bhushan Kumar, Krishan Kumar and Nikhil Advani (Emmay Entertainment). The film is scheduled to be released on 15 August 2018 alongside Akshay Kumar's 'Gold'.