The National Commission for Women on Wednesday received a complaint against the Rajkumar Hirani directorial. 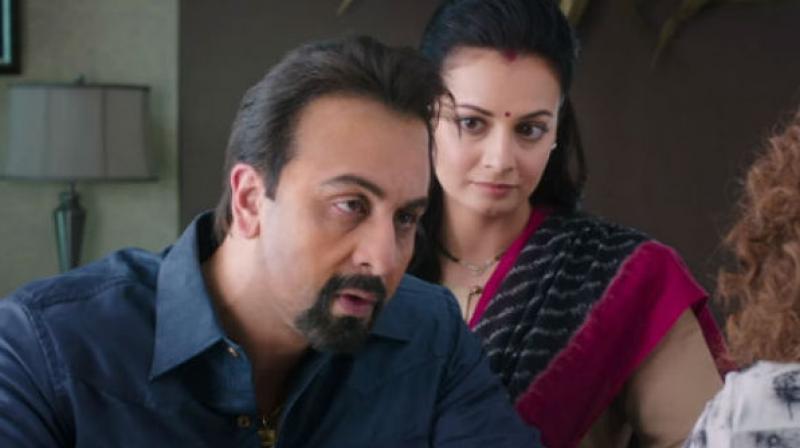 Ranbir Kapoor when he utters the dialogue in the trailer of ‘Sanju.’ When asked about his girlfriends, he asks, "Should I include prostitutes as well?"

New Delhi: The National Commission for Women on Wednesday received a complaint against the movie ‘Sanju’ for allegedly making derogatory remarks against sex workers in the film, the Commission chairperson said on Wednesday.

The complaint, filed just two days before its release, against the film has alleged that actors Ranbir Kapoor, Anushka Sharma and director Rajkumar Hirani used derogatory language against sex workers.

"We have received such a complaint, and we are forwarding it to the Electronic Media Monitoring Centre to take necessary action," said NCW Chairperson Rekha Sharma.

The EMMC under the Ministry of Information and Broadcasting has been tasked to monitor the content of television channels and report on violations of the programme and advertising code.

The complaint filed by advocate and social activist Gaurav Gulati was referred to two dialogues where Kapoor allegedly "demeans the status of sex workers in the society.”