Katrina says 'no' to promotional video with Ranbir, flies off to Malta

During film promotions, Ranbir interrupts her mid-sentence, takes digs at her observations and thought process. 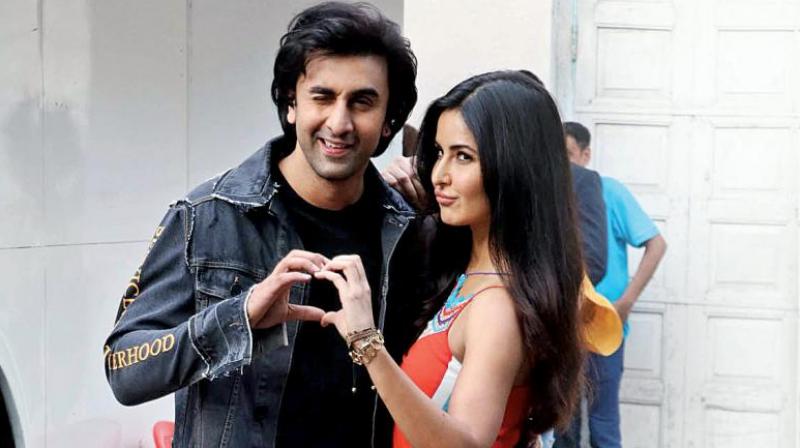 Mumbai: And we aren’t blaming her, isn’t it? The entire world is aghast at Ranbir Kapoor’s obnoxious behaviour with Katrina at various promotional events for ‘Jagga Jasoos’.

He interrupts her mid-sentence, takes digs at her observations, her thought process.

Though Kats takes all of his alleged rude talk sportingly, the public hectoring has taken its toll on Katrina’s self-esteem.

Our reporter has inside information from very reliable sources that Katrina has walked away from a promotional music video that she was supposed to shoot with Ranbir for ‘Jagga Jasoos’.

Says a source, “The alleged former couple was okay with shooting the video together until the promotions started .That’s when Ranbir began to embarrass Katrina in public. Though she took all the digs and barbs on her chin she put her foot down about shooting the video, said no to the idea and flew off to Malta to shoot for Vijay Krishna Acharya’s ‘Thugs Of Hindostan’. She won’t be back in time for the release of ‘Jagga Jasoos’ on 14 July.”

It is sad that Katrina’s equation with Ranbir has fallen to an all-time low. The one to suffer are the co-producers of ‘Jagga Jasoos’ who are hoping the lead pair’s messed-up personal equation won’t affect the box-office outcome of the film.

Both Ranbir and director Anurag Basu have turned producers for this film.