The actor showed his disappointment at the film fraternity for attending the funeral in such small numbers. 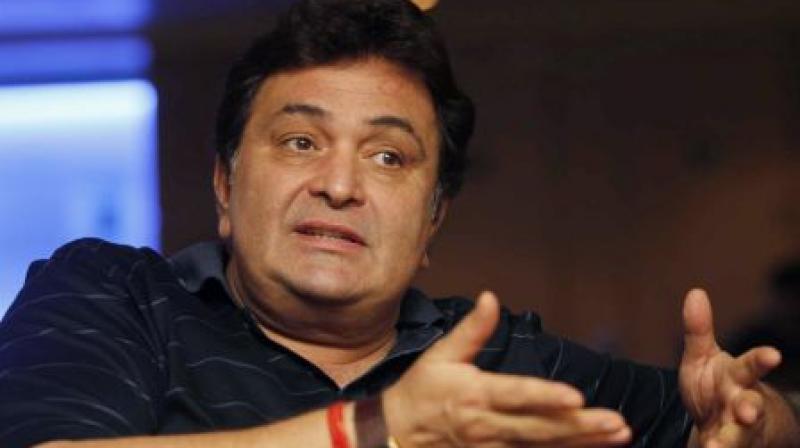 Mumbai: Rishi Kapoor, who is known for his outspoken nature, went on a Twitter rant to show his displeasure over current ' generation stars' not attending the funeral of yesteryear's superstar Vinod Khanna.

In a series of tweets, the 64-year-old-actor showed his disappointment at the film fraternity for attending the funeral in such small numbers.

He started his rant by saying, "Shameful. Not ONE actor of this generation attended Vinod Khanna's funeral. And that too he has worked with them. Must learn to respect."

He did not stop there and said that he is very angry at today's "so-called stars" for attending Priyanka Chopra's event on Wednesday night in big numbers, but not Vinod Khanna's funeral.

The veteran actor tweeted, "Why this? Including mine and thereafter. When I die, I must be prepared. None will shoulder me. Very very angry with today's so called stars. Angry. Met so many chamcha people last night at Priyanka Chopra's do last night. Few at Vinod's. So fuckn transparent. So angry with them. (sic)"

When asked about his son Ranbir Kapoor and wife Neetu Kapoor, who are currently not in the country he said, "Yes it has been expressed earlier on social media my wife and Ranbir are out of the country. Would never had been reason not to be there. (sic)"

The veteran actor was hospitalised and later discharged from HN Reliance Foundation and Research Centre in Girgaum, Mumbai due to severe dehydration. He was also reportedly battling cancer for years.