Kesari is first and perhaps the only film featuring a non-Sardar leading actor playing a Sardar that has not courted any controversy. 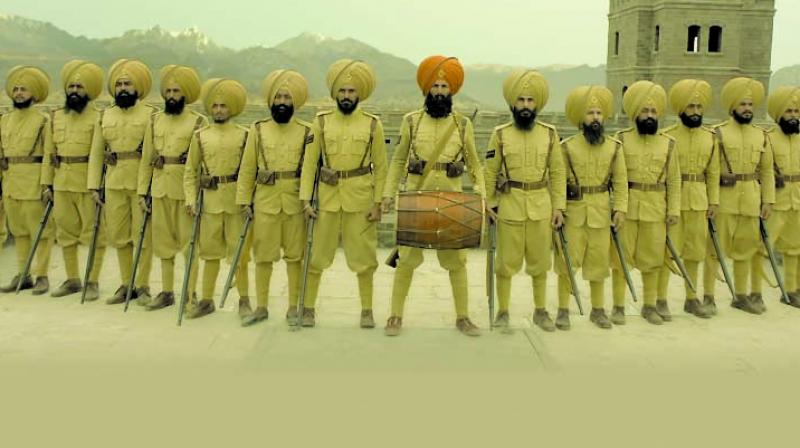 Akshay Kumar starrer Kesari, which is on its way to accruing Rs 100 crore at the box office.

Akshay Kumar starrer Kesari, which is on its way to accruing Rs 100 crore at the box office, has caught the imagination of the Sikh community like no other Hindi film in recent times.

Kesari is first and perhaps the only film featuring a non-Sardar leading actor playing a Sardar that has not courted any controversy.

A source close to this project informs that the Sikh community had embraced the film at the beginning itself. “The Sikhs even did a ceremony at the start of the film to ensure it goes well and then they were with the film all the way. The Sikhs were proud that one of their bravest soldiers Havaldar Ishar Singh was being put on screen. Now that the film is released, they love it.”

While this time, Akshay is receiving all the praises for playing a turbaned Sikh hero, he has been subjected to criticism in the past for his movie Singh Is Kinng. The film had the Sikh organizations coming forward with their objections after its release. Most recently, Sikh organizations objected to Abhishek Bachchan smoking while wearing a turban in Anurag Kashyap’s Manmarziyaan.