The actress is also trying to reduce her five-year-old son Viaan’s sugar intake. 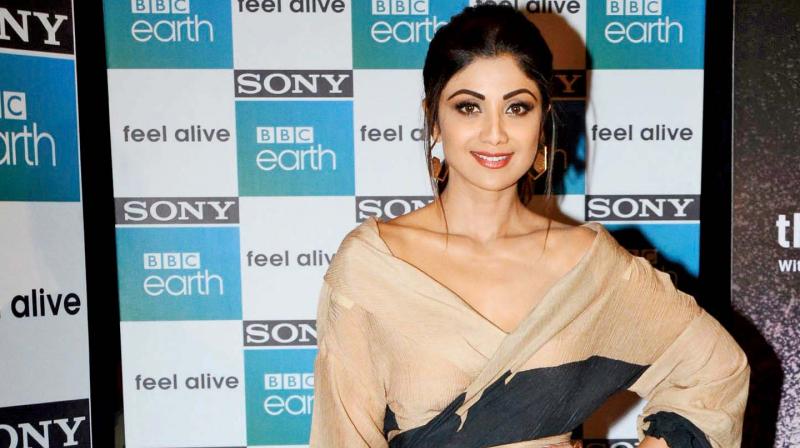 Known to be possibly one of the fittest moms in Bollywood, Shilpa Shetty Kundra took many by surprise when she posted pictures of her Sunday binge food on her social media accounts.

It does look like Shilpa enjoys a lavish meal once in a while, with the exception of one major item in her diet — sugar. At the first anniversary celebration of a TV channel in Mumbai, the actress revealed that she’s cut reduced her intake of sugar and hopes to cut it down even further. “Over the past three weeks, I have changed my life by cutting down on sugar. It’s a huge modification. Sugar is addictive, and that is scary,” she said.

So concerned is Shilpa, that she’s trying to imbibe this habit in her five-year-old son Viaan Raj Kundra as well. “It’s poison. So much so that I’ve taken sugar out of my son’s life as well,” she says, admitting that the process has been difficulty.

“We are living in a day and time where every counter in a mall has lollypops and other sugary delights. It’s tempting for a child — they don’t know the difference between right and wrong,” she elaborated.

She’s been trying to make Viaan understand the process, in the hopes it will get him to gain a better understanding of things. “I explain to him that sugar will make him hyperactive. They say that a spoonful of sugar brings down one’s immunity down for the next six hours. Imagine what it can do to your body,” she said.

Talking about her ideal food habits, she explained, “Most people underestimate the power of food, and a lot of them think that hitting the gym is enough. I have always said that a good diet is 70 per cent diet and 30 per cent exercise. It could be any kind of workout regime, be it yoga or cardio.”