The two tied the knot in Tuscany on December 11, 2017. We absolutely adore these lovebirds, don’t we? 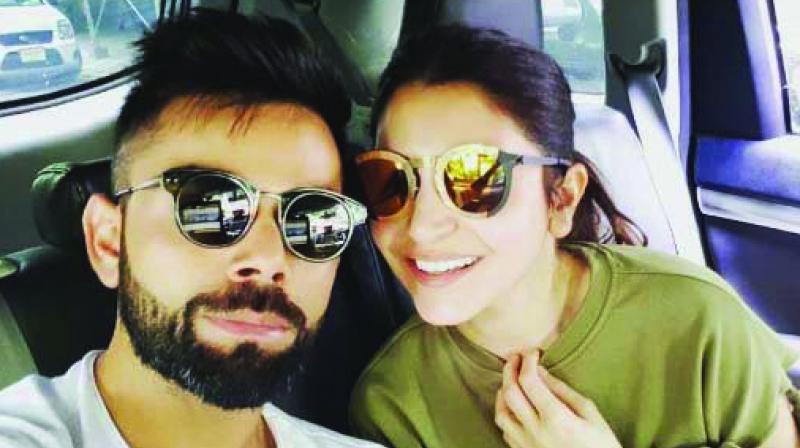 Virat Kohli and Anushka Sharma aka Virushka are the cutest couple in the block. While Virat has been busy with his work commitments, Anushka is busy shooting for Sui Dhaaga — Made in India with Varun Dhawan. The two haven’t really got much time to spend with each other post their marriage.

But the good news is that after Anushka wrapped her shoot of this film in Bhopal on March 22, she  immediately left for Delhi to spend two days with husband Virat as  New Delhi schedule started on March 24.

A source confessed, “Anushka and Virat have been working at a frenetic pace, and have been unable to spend much time together owing to their busy schedules. So, when Anushka found a two-day window, she promptly decided to make the most of it and joined Virat in the capital.”

“It worked out perfectly for them — once she resumed shooting on Saturday, Virat began practicing for the Indian Premier League that is set to kick-off next month,” added the source.

Meanwhile, after the SA series, Virat talked about the game and especially credited his wife for her motivation and support. Kohli said, “People who contribute off the field deserve a lot of credit as well. My wife who keeps me motivated deserves a lot of credit. She’s been criticised a lot in the past. But she’s one person who’s kept me going throughout the tour.”

In an earlier interview, Virat had shared about what he loves most about Anushka. “She is a lovely and simple person and she is as honest as well just like I am. And that is what I love about her the most. That is my biggest attraction towards her,” Virat had said.

The two tied the knot in Tuscany on December 11, 2017. We absolutely adore these lovebirds, don’t we?