Amidst health rumours, BigB leaves for Hyd to shoot for Chiranjeevi's film

Bachchan, who has a cameo in the film, shared a look test in which he can be seen sporting a long grey hair and beard. 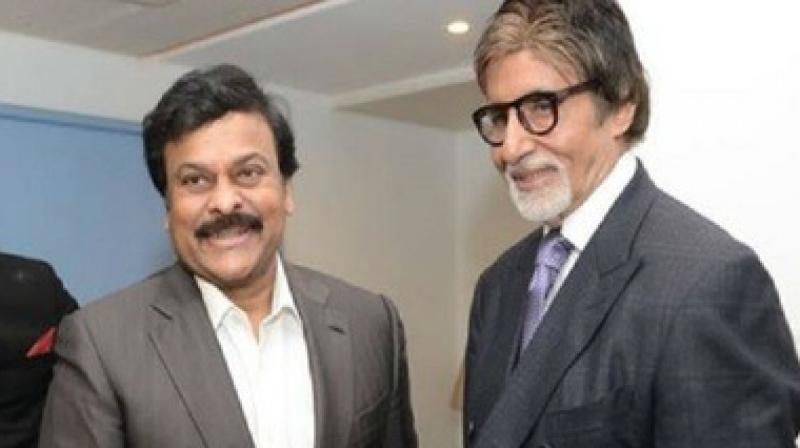 The 75-year-old actor, who has a guest appearance in the movie, took to his blog to make the announcement.

He also shared a look test in which he can be seen sporting a long grey hair and beard.

"Dear friend Chiranjeevi, that majestic super star and icon from the world of Andhra and Telugu cinema, requests for a guest appearance in his magnum opus, on a most valiant period character that he portrays, and I agree...

"So am off to begin its shoot in Hyderabad... In a few hours... the first look tests of which seem to be somewhat, thus... These are not the final, but close," Bachchan wrote.

The veteran actor added that he is getting such roles as he is in the winter of his life.

"... To bring in a character, attempt to put me in situations that resemble the above... Cannot really deny their choice... The days of yore are over... I mean they could never be reborn as this for example."

Bachchan will next be seen in '102 Not Out' playing father to his 75-year-old son, portrayed by Rishi Kapoor.

He also stars in YRF's 'Thugs of Hindostan' alongside Aamir Khan.