"I’ve made a pact with Katrina and Deepika that we will do films together," Alia Bhatt said. 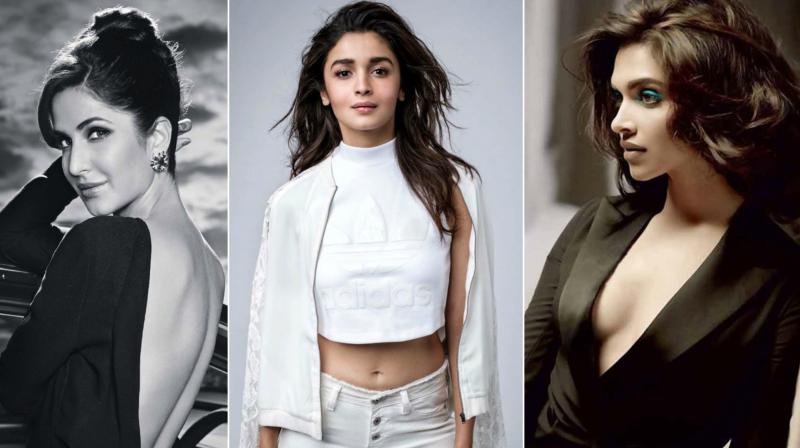 Mumbai: Bollywood's most desirable Alia Bhatt, who recently celebrated her 25th birthday, is continuing to entertain everyone with her magical performances.

During a recent interaction with a leading daily, the 'Highway' actress revealed that she would like to be a part of a multi-heroine project. She mentioned, "I’ve never been offered such a movie. I haven’t rejected a film because it was a two-heroine outing. Instead, I want to do something which has only women. I think we will have amazing camaraderie and it will be a fun film."

When she was asked about the co-actors she would like to work with, Alia said, "Katrina (Kaif) is one of my closest friends, so we keep talking about doing a film. It’s the same with Deepika (Padukone). It will be amazing to act in a movie with such powerful women. I’ve made a pact with Kat and DP that we will do films together."

The 25-year-old actor also spoke about changing times for women in the industry. She concluded by saying, "It has become progressive for actresses today. But, there’s still a long way to go. The best thing is that now, they are standing by each other. For instance, imagine Dil Chahta Hai being remade with three girls today. It would be wonderful. I’m game for a good chick flick."

On the work front, Alia is back to the Bay amid her Bulgaria schedule of 'Brahmastra' due to injury. Alia also has Zoya Akhtar's 'Gully Boy' alongside Ranveer Singh.