Abhay Deol is a demanding partner

Directed by Faraz Haider and written by Manu Rishi, the movie revolves around a ghost who falls in love with a crook. 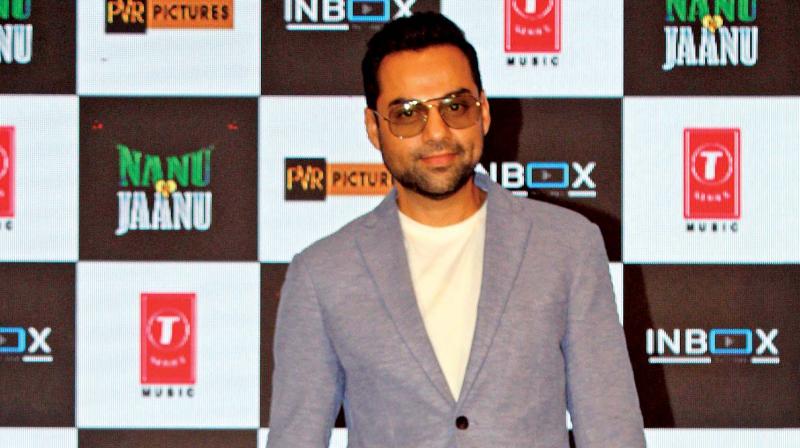 It wouldn’t be wrong to call Abhay Deol a picky actor, at the very least in the illustrious Deol family. The actor’s last release was the 2016 movie Happy Bhaag Jayegi, and he will now be seen in Nanu Ki Jaanu.

Directed by Faraz Haider and written by Manu Rishi, the movie revolves around a ghost who falls in love with a crook. And the trailer teases the after-life story of Abhay and Patralekha, replete with slapstick rumour.

With an interesting name for the title, we ask Abhay about his own relationship status. Caught unaware, he shyly says, “I will never answer that question.” On being prodded further on if he has a special someone in his life, he says, “Let’s be honest about it. No.”

He’s been a versatile actor in his career so far, but Abhay hasn’t worked in a movie with the rest of the Deol family yet. The actor, however, isn’t demanding in this aspect, and says he’s just waiting for an interesting script. “I would love to work with my family. But you know how picky I am with my own work. Tomorrow, if I get a subject where they want my family and me to work together, I may go through the script with much more precision than I do my own scripts. I want it to be perfect,” he asserts.

But he does admit to having some reservations when it comes to sharing the screen with his family. “I wouldn’t know how to be anybody else other than who I am with my brothers (Sunny and Bobby Deol) and Papa (Dharmendra). I don’t know if I would have the courage to perform in the company of my Papa. He’s my taaya (uncle) but we call him Papa, and that’s (performing with him) is my personal fear. But having said that, if there’s a good script, I’m open to it,” Abhay smiles.