She also talks about how A-listers like Amitabh Bachchan, Shah Rukh Khan, Akshay Kumar and Aamir Khan are pushing for women-centric films. 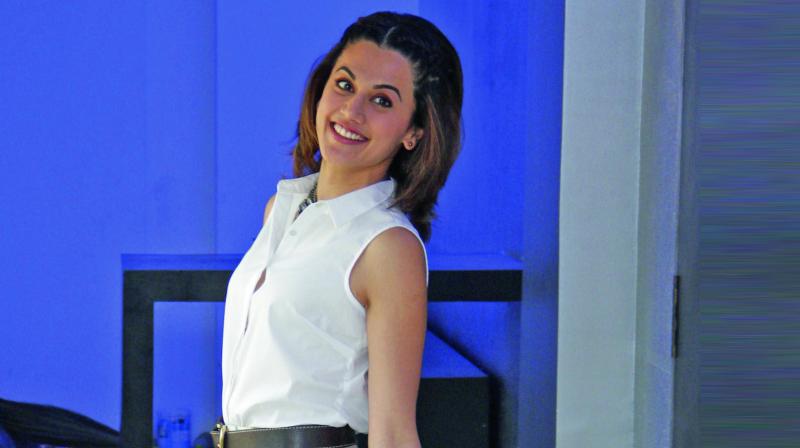 Spunky actress Taapsee Pannu says that she is thrilled to be part of the first spin-off film in India in her upcoming spy thriller Naam Shabana. She also talks about how she prepared for the role of a spy, on self defense for women and much more in a fun chat...

On the first spin-off film in India:
It happens in Hollywood films. It’s the backstory of Shabana — the character I played in Baby. People loved it, and that is the reason I’m doing this. It was the kind of amazing response that came in for the character that made the makers think about doing an entire film on her!

I think the hard work that I put  in is bearing fruit, and it is a bonus for a good performance. (laughs)

You must have seen female spies in films where there’s a hero — but Naam Shabana has a  female spy at the center of the film! It has lot of action sequences — not the usual street fights — but specially-crafted martial art sequences.

Learning martial arts for various roles:
For Baby, I started training in Krav Maga. I also learnt Kudo, a Japanese martial art — I’m actually a university level Kudo player in the film and you see me playing a proper tournament! Then I learnt MMA (mixed martial arts), which is a requirement to become an agent. I got severely hurt several times during training, but did my fights without a scratch.

Women-centric films are a collective effort:
The director has to give an idea, the producer has to put in money, the media has to promote it, and audiences have to spend money and watch it in theatres. I’ve wanted to do these kinds of films from the beginning, but no one was there to approach me!

Superstars in Bollywood supporting such efforts:
I don’t think it was the scenario even three years back when I began my Bollywood career. Now, on average, at least one heroine-oriented movie starring an A-list actress releases ever so often. I am very happy that I have got this opportunity at an early stage.

I have done only six films and Naam Shabana came to me when I had completed only two! The best part is, big superstars are supporting these kind of films in a big way. Had Amitabh Bachchan sir not been there in Pink, we wouldn’t have got a such wide reach. This film, for instance, has Akshay Kumar — he has not just given a special appearance, but has also invested as a producer, who believed in the script and that a girl can be the centre of a film. He is going all out to promote the flick! There are others like Aamir Khan, who is producing, besides playing a cameo in Secret Superstar — which has a girl in the main lead — and SRK who did Dear Zindagi. 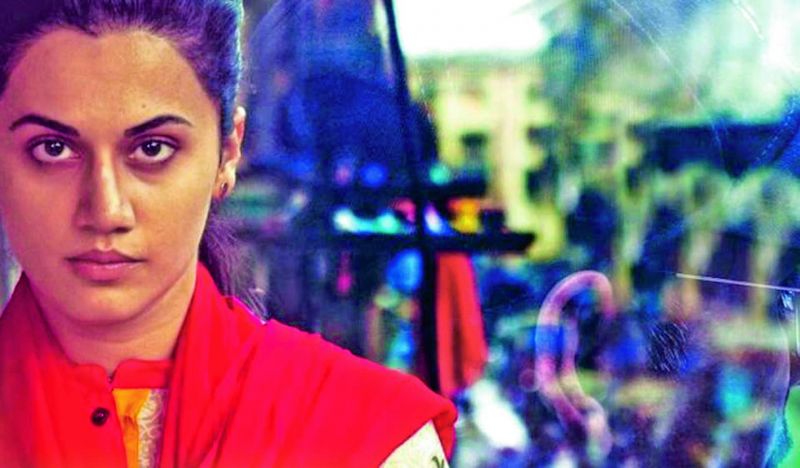 Women need to know self-defence:
The problem is not that we are physically weak. Our mind doesn’t work at the right time. We lose our mind suddenly, panic and freeze if something happens — it’s only about the right move at the right place. You don’t need to have muscles and needn’t hold a black belt.

Even in my video with Akshay on the same topic — I ask viewers to just use their elbow; that can be very brutal if used at the right time. If you freeze, by the time you gather your senses, the damage is already done. Stop considering you are weak and realise your own potential. I wish there was a world in which we didn’t need such skills... but the present scenario is not like that. The only thing we can do is, take charge of our safety in our own hands.

On films being targeted for several crimes:
People learn only bad things from the films and turn a blind eye when there is something good being said! For instance, when a film like Pink happened, they just say it’s a very nice film. We still had something like the Bengaluru incident happening. It is wrong to blame films for everything.

On preparing for her roles:
Naam Shabana is written and inspired from real-life spies — but a lot of secrecy is maintained about them. I am not allowed to talk about it! They (spies) are under national security, and there is no record of living or even former spies.

But I did my research on the kind of missions women in the field used to participate in. I came to know that there were a lot of female spies during World War II like Noor Inayat Khan and Nancy Grace. In fact, Mossad and CIA have given a statement that women actually make for better spies — they have a very good sixth sense and they can multi-task! I kept all this in mind while performing.

On her co-stars:
Prithviraj (a huge star in south India) is a powerful villain in the movie. I am almost scared to go to Kerala after this! All those out there, I want to tell you that I am a great fan of Prithiviraj! (laughs)

The others like Manoj Bajpayee and Anupam Kher are great actors and when you work with them, you are always conscious. I ask myself, am I doing enough?