I regret not working with Dilip Kumar, says Asha Parekh

The veteran actress is now awaiting the launch of her autobiography, titled Asha Parekh: The Hit Girl. 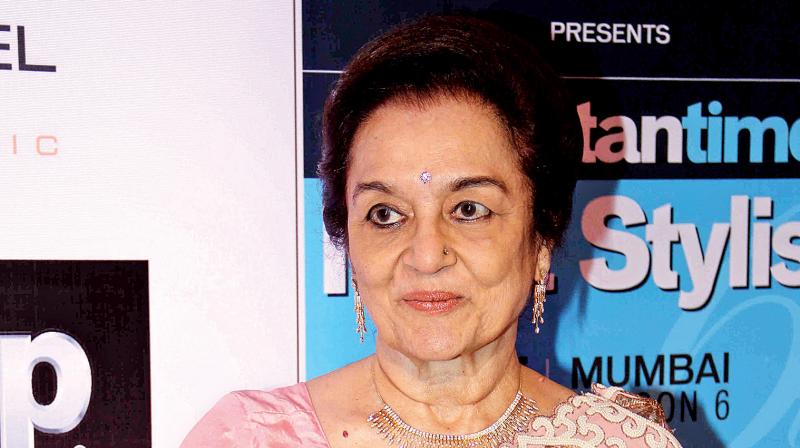 Evergreen, and ethereal, yesteryear actress Asha Parekh has been bestowed with the lifetime style icon at a recent awards function and she couldn’t be happier. “Now, since I have been bestowed the award, there must be something worthwhile in my style statement,” she gushes. “Those days, whatever we would wear, it would be liked by the audiences and people would start following the style from that particular film.”

Talking about changes in fashion in today’s time, Asha quips, “Nowadays, all actresses wear gowns and trot all over the place. However, our sarees would look more elegant, and yet so appealing.  So, my advice to all heroines is: start wearing sarees as well, to look more beautiful!”

As she reminisces about her time in Hindi cinema, Asha confirms that she did want to work with the original heartthrob of Indian movies, Dilip Kumar. “We were to work in a film titled Zabardast. Unfortunately, this film didn’t take off. After this, I never got another chance to work with him, I regret not having worked with Dilip Kumar,” she sighs.

The veteran actress is now awaiting the launch of her autobiography, titled Asha Parekh: The Hit Girl. “My autobiography, which will comprise of almost 260 pages, will soon be launched at the hands of Salman Khan.”

So, if a movie on the life of Asha Parekh were to be made, who does she think would play her well on screen? “I think Priyanka could play me; she has the naughtiness in her. Also Deepika Padukone could play me on screen. But this film should be directed by Sanjay Leela Bhansali,” she laughs.