The young actress has come under fire and is being called a racist for posing with a Maasai tribesman. 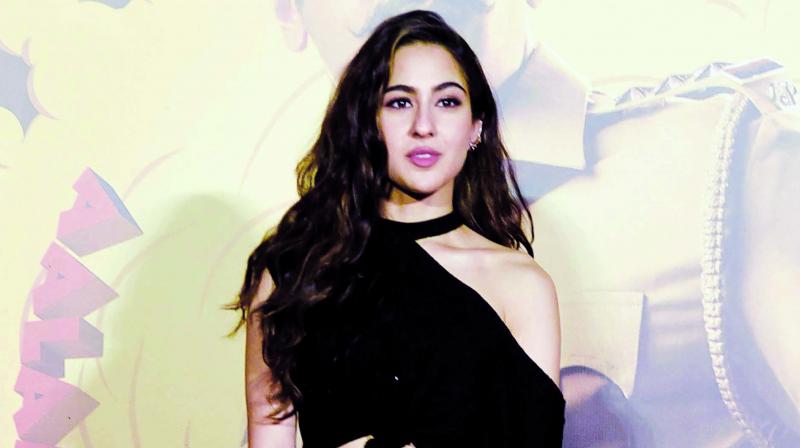 Though every now and then, a ‘woke’ designer uses the fashion runway to make a statement about diversity and inclusion, the industry still seems to be unable to rid itself of racially insensitive creations and stereotyped portrayals. And this isn’t the case only on the international stage, as Sara Ali Khan’s recent photoshoot for Filmfare Magazine reminded us that the problem of racism is closer to home than we care to acknowledge. In the images released by the magazine, one sees a bohemian-dress wearing Sara Ali Khan posing in front of, what can only be described as, a levitating Maasai tribesman. Given the fact that there is no interaction between the two models, coupled with the dominating stance Sara has assumed in the shot, one gets the feeling that the image of the tribesman has been used with little thought at best, and a discriminatory gaze at worst.

But this isn’t an isolated case in the world of fashion and glamour as, of late, one has seen celebrated high fashion brands take such racially insensitive missteps. Recently, singer Katy Perry faced the ire of netizens after her namesake brand launched black shoes that many felt could be compared to ‘blackface’— the racist face painting practice started by white performers to mock enslaved Africans. International brands Gucci and Prada encountered the same fate, where the former was criticised for its balaclava polo knit jumper, which had a cut-out mouth with large red lips and the latter, for a keychain from its Pradamalia collection, featuring blackface imagery. As if this wasn’t enough for lessons to be learnt, the luxury fashion brand Burberry sent a model dressed in a hoodie with strings tied in the shape of a noose, down the London Fashion Week runway. While the creation was condemned for glamorising suicide, many also noted its symbolic association with racial lynching. 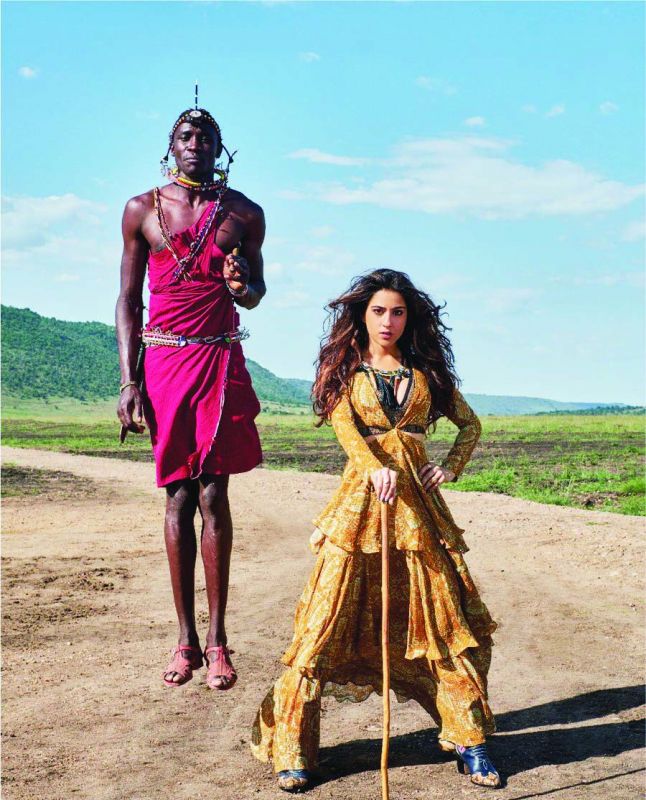 One knows that, in fashion, audacious experimentation is key to flourishing. But, must one not be careful about the statements being consciously or unconsciously made via these creations? Talking about the Filmfare photoshoot, fashion photographer Pravin Talan believes that it should have been done differently. Touching upon how the magazine could have avoided presenting him as a mere prop, he says, “It could have been an interaction between the two of them rather than just placing him in the background. It could have been done differently and the message could have come out in a different way, without hurting the sentiments of people,” says the photographer. He also says that a production of this nature could have been avoided, going by past mistakes made by others in the space. “This is not the first time that someone has used Africans as their backdrops because they appear to be very attractive in the pictures. But seeing the past criticism over the same thing, this could have been avoided,” he opines.

Fashion designer Dhara Prajapati, however, feels that when it comes to creativity, one should keep and open mind and so, instead of lambasting the image she says, “I think it should be seen from the creative point of view. No designer wants to demean any culture or person. This is a creative process and racism has nothing to do with fashion. Though this is a very sensitive issue and should be touched carefully.”

Fashion designer Pria Kataria Puri, who feels that there are bigger issues when it comes to racism, shares a similar viewpoint. She defends the cover saying, “I have all the empathy for people subjected to racism, but I don’t find anything racist about this particular image. It’s like taking pictures with folk artists. Campaigns like ‘fair and lovely’, which promotes fairness so ardently, are racist. So, there are bigger issues than taking a picture with a Maasai tribesman because it’s just a picture depicting the culture of Africa. The fashion industry has been using a lot of models from different cultures and the industry is very open-minded. And as far as African models are concerned, they have a very good body type and look so presentable on the ramp. It’s a cultural exchange of sorts.”

While netizens have been bashing the fashion magazine for the insensitive image, actress Sara Ali Khan too has been on the receiving end of some of the criticism. Chaya Momaya, a celebrity image consultant, while stressing on an artiste’s desire to push the envelope feels that Sara should be cut some slack as she was only doing her job. She says. “People like to get noticed by doing something different and they (the magazine) have tried to bring something with their own creativity. The man is not looking inferior in the picture. I am shocked that she is being trolled; she is not promoting any drug, she has to believe in the director’s view.”