Let her rest in peace

Speculations around Sridevi’s demise bring to fore the sensationalism that ails us in the digital age. 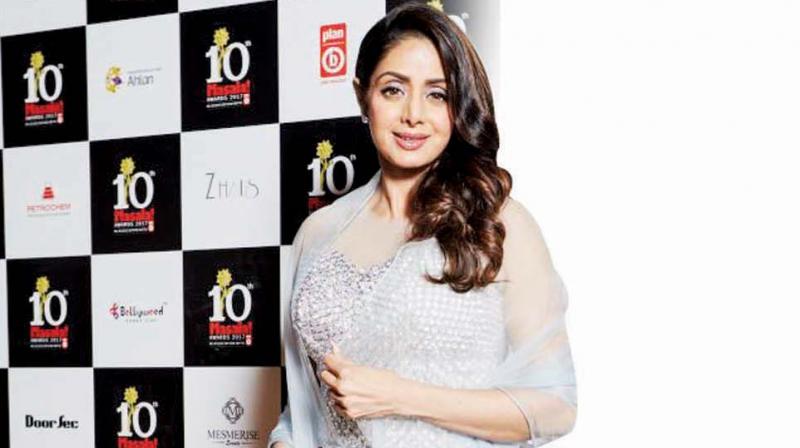 In the hours following veteran actress Sridevi’s demise, a sort of frenzy ensued. Celebrities from the film fraternity took to their social media accounts to express their shock and offer condolences; millions of fans all over the world had only just received the news on Sunday morning, but couldn’t make peace with the Hawa Hawai girl being no more; and journalists everywhere prepared themselves for the obituaries that they had to pen down that day.

Simultaneously, a number of speculations cropped up around the demise. It wasn’t long before people started dissecting the megastar’s yet-mysterious death. “Could it be because of her affinity to cosmetic surgeries, could it be those slimming pills for no woman is that taut in her fifties, could there be foul play?” — theories were aplenty!

The guesswork refused to stop and with each ‘share’, speculative information like this found home on the newsfeed of people. While some Bollywood biggies like Vidya Balan, Farhan Akhtar, Sonu Sood and Anubhav Sinha shared their disapproval of such character assassination, others continued to like and forward every teensy bit of scandalous rumours.

More often than not, this rumour-mongering that social media generates can be associated with callous reportage in some sections of the media.

“The press, by default, is sensational in nature,” begins films historian S.M.M. Ausaja, condemning sensational reportage. “Such tabloid culture is prevalent all over the world — there are crass breaking news headlines made out of tragedies of people,” he continues. From a reporter lying down in a bathtub and reporting to casting aspersions that traces of alcohol were found in her blood, the circus has continued, even as the reality of her demise remains a mystery. “They are not just sensational and opportunistic but are very disrespectful to the departed soul,” he rues.

Jiah Khan’s demise was followed by equally, if not worse, crass and asinine speculations. There were questions not only raised about her relationship with her alleged murderer but also her character. Another case that falls under a similar bracket is that of yesteryear star Priya Rajvansh’s. “The press sensationalised everything,” recalls S.M.M. Ausaja.

Author and feminist Meghna Pant can’t help but point out how this is how the society reacts every time an influential woman dies. “I find that whenever a woman achieves something — in Sridevi’s case, a lifetime of scoring achievements — there is a tendency to find some way to undermine her. Society, both men and sadly other women, don’t like powerful women,” she laments. “Look at Indira Gandhi — the Iron Lady. From rumours about her allegedly being intimate with her secretary, to today with Sridevi — high maintenance, drank alcohol — it never stops. Personal aspersions are the easiest tool to cast — she drinks, she smokes, she wears skirts, she sleeps around! What I don’t understand is what this has anything to do with their achievements,” she questions, point blank, adding that it is shameful how these same habits are celebrated in men.

Columnist and social thinker Anil Dharker, however, sees the simplest of human emotion in these speculations: “Curiosity,” as he simply puts it.

“When Shashi Kapoor passed away, it was because of old age. And everyone knew that. Therefore, there were no speculations surrounding his death. No one yelling foul play. On the contrary, Sridevi’s demise attracts the curiosity of people — the actress was only 54 years of age. It is a really is a young age to die at, especially for someone with no history of heart ailments. This curiosity is the reason behind each share,” he says.

When the news first broke, Sridevi’s demise was credited to a sudden cardiac arrest. However, when the Dubai authorities, where the actress breathed her last, brought the angle of drowning into play, it sparked chatter around her death, explains Anil.

“That led to even more speculations apart from the surgeries and the slimming pills. People were concerned if someone had really murdered her!” he exclaims.

While it is unfortunate that an accomplished actress’ death be followed by such guesswork, Anil says that is just how things work in the digital age. “There is a voyeurism into play when it comes to celebrities. People want to know more and more,” he says.

The more scandalous it is, the more it sells.