Makarand Deshpande gets talking about his love for theatre, looking forward to doing meatier roles in films and more. 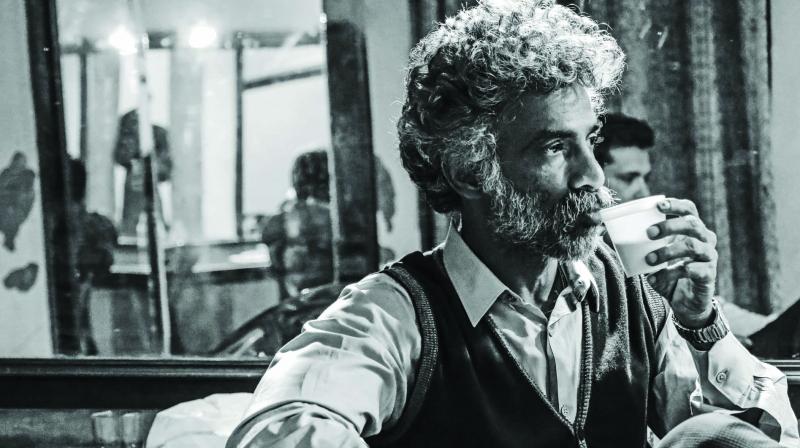 It’s a comeback after 12 years. Makarand Deshpande returned to the Delhi stage after 12 long years with the staging of Sir Sir Sarla at Kamani Auditorium on Sunday evening as part of Zee Theatre Tour.

He has been active in theatre all this while, but not brought any of his productions to the capital all these years. He explains, “My crew and I are very satisfied people. We have our own home ground — Prithvi Theatre. We want to do only a limited number of plays that are high on quality and there are few festivals that we definitely go to. We had a beautiful collaboration with Habitat in Delhi, which later didn’t work out because of the economics and after that we didn’t come. Also, to come and perform outside our comfort zone rarely happens as we are not a money-minded organisation. Now Zee Theatre has managed to get me out of this comfort zone and fortunately we have 11 running plays. Maybe, we’d have our own little theatre festival in Delhi.”

The play deals with the complexities of teacher-student relationship. “If a teacher can also teach you the deeper meaning of life and existence, you are attracted towards him irrespective of your gender. Par agar professor ishq karega toh kaam kaise karega. Students can be blind in love but the professor, being a representative of an institute, must take correct steps,” he says.

Delhi’s theatre circuit
Talking about the Delhi theatre circuit, he says, “I know Ashish Vidyarthi, Manoj Bajpayee and NK Sharma who are all from Delhi’s Act One theatre group. Theatre in Delhi, except for plays by National School of Drama and Sri Ram Centre repertory, is a far more serious medium of expression and socio-political in nature. I don’t know about the audience much but the last time I performed here, I found them to be excited about theatre, and particularly so about troupes from outside the city.”

Makarand believes stagecraft and stories should keep evolving. He has anecdotes about other theatre artistes expressing their surprise at how he allows his actors and technicians to improvise so much during live performances. “The beginning and the ending can be the same, but every show has to be different from the other. The rhythm can’t be the same and that’s what keeps the actor excited about the next show,” he says. 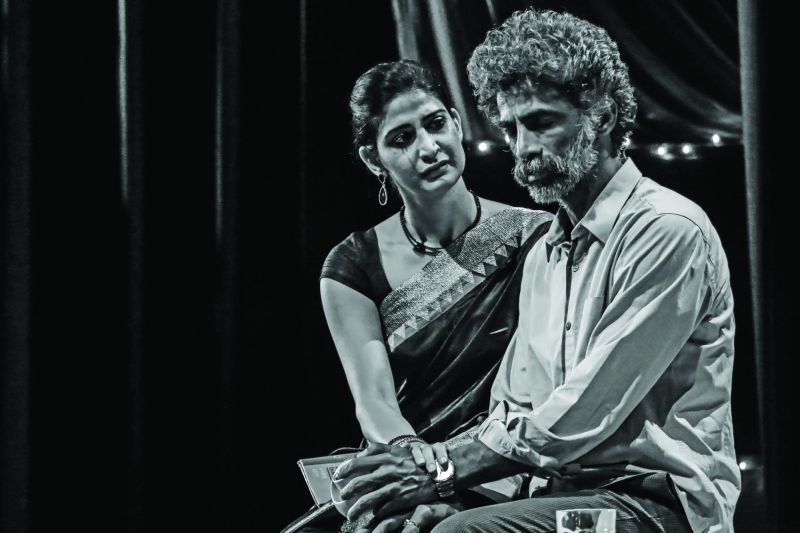 A scene from the play Sir Sir Sarla

Teaching modules
He is disappointed with theatre institutes’ style of teaching theatre ‘as per the curriculum’. “We are talking about making actors and technicians but the curriculum has not been updated. Have you brought in the best plays of the last 25 years in your chapters? Bas wohi Ghasiram Kotwal, Waiting for Godot aur Aadhe Adhure leke chal rahe hain. You can observe that all the institutes’ plays have similar kind of productions,” he rues and adds, “You know, how plays are sold these days? They say I am doing Shakespeare, Badal Sarkar, Vijay Tendulkar, Moliere, but what are you doing in it in 2017? And then they will add some contemporary issue and sell it as the contemporary take on say Shakespeare’s Twelfth Night. This is ridiculous. Playwriting is very difficult but the bigger problem is nobody wants to fail trying an original story. When I did King Lear adaptation, I just took the basic premise and then wrote the story. I am still understanding the medium of theatre and its beauty lies in experimenting.
Even in Sir Sir Sarla (which premiered first in 2001), 30 minutes of the play has been re-written. All my plays are very close to real life.”

The veteran playwright-director says he will never apply for NSD’s Bharat Rang Mahotsav, which is considered Asia’s biggest theatre festival. Explaining the reason, he says he has a problem with the procedure of selection. “Mujhse DVD maangte hain play ki. Are you serious? Come and watch the plays. Are you even aware that I have around 50 original plays that I have written, directed and acted in? I stay away from institutes because they have not been able to reach my work.”

On the ‘mad’ looks
Be it for his roles in films, his reviews of his plays or his signature look of dishevelled long hair, a word that he has often been associated with is ‘madness’. Does he like the tag or hate it? “Sometimes the person’s looks become bigger than his works. When I am clean-shaved and sport cropped hair, people can’t believe it’s me. See, I always took up small characters in films as I needed time for theatre and thus never really needed to change my looks,” he says. But why take up small roles? He candidly answers that he does films and TV purely for money.

Direction and acting in films
Makarand is a celebrated theatre director but films directed by him have tanked without a trace. But he has no regrets about that. “Those films were meant to flop. If I wanted success, I would need a different kind of cast and money. I did those films for my own whims and fancies but I won’t do them now as ab bank mein paisa nahi hai.”

Another major change he is looking forward to is taking up meatier roles. “I had to decline many roles but now I will play them as I have begun to like acting for camera at this stage in life. Earlier I used to think I am just killing time on film sets, but now I am fine with that. But the filmmakers will have to excuse me on days when I have theatre to do. I may not be a star but they will do it as I believe they all respect what I am doing.”