The actress made host of revelations involving her rumoured boyfriend Ranveer Singh on a TV show along with sister Anisha. 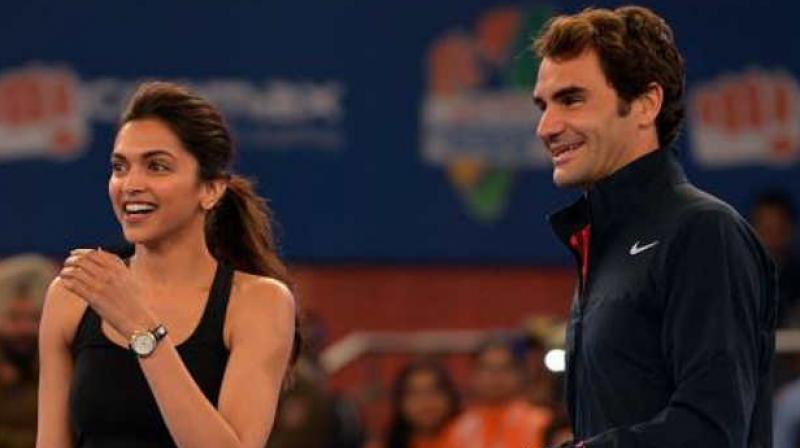 Deepika Padukone and Roger Federer at an event in New Delhi in 2014.

Mumbai: Deepika Padukone could perhaps go down in history as the actress being linked with the maximum number of celebrities.

Deepika Padukone’s love life has been as much been in the news as much as her professional life since the time she entered the film industry.

While those associated with showbiz like Nihaar Pandya, Siddharth Mallya and Ranbir Kapoor have been her exes, she has also been linked to sportspersons Mahendra Singh Dhoni and Yuvraj Singh, to name a few.

But her most controversial link-up was arguably with tennis star Novak Djokovic, who she was snapped in Los Angeles in 2016, following which his rumoured ex-girlfriend Natasa Bekvalac claimed that he would be happier dating Deepika Padukone.

However, the actress seems to have set her sights on another tennis star, if her confession on the chat show ‘Vogue BFFs’ is anything to go by.

For a query during a segment of the show hosted by Neha Dhupia, Deepika revealed that he would leave her rumoured boyfriend Ranveer Singh for tennis legend Roger Federer, according to a report in Pinkvilla. Quite a revelation!

Ranveer doesn’t need to worry much, as the actress praised him too, calling him ‘the best kisser in the business.’’

She, however, had an interesting advice for him during the Scary Spice or Platter of Punishment segment. When asked to complete the sentence, ‘Ranveer, stop doing…’, Deepika said, “Stop doing outrageous clothes."

The couple were said to get engaged on Deepika’s birthday in Sri Lanka recently, and when Neha asked her about it, the actress said, “I was not engaged.”

Neha checked her ring finger for a tan and did find it, and that hints at a possible exchange of rings.

Deepika shot for the show along with her sister Anisha, and she had an interesting response, “She has been engaged successively for the last four years.”

After Virushka, it is Deepveer the next in line to get hitched? Watch this space for more.