The biopic on the Shiv Sena leader has allegedly gone through a few cuts hours before the trailer launch. 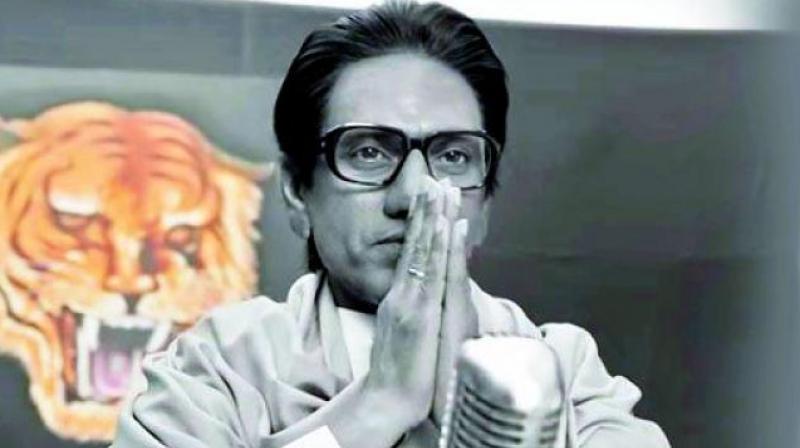 There were widespread reports on Wednesday afternoon of Thackeray, the biopic on Shiv Sena leader Balasaheb Thackeray being censored hours before the trailer launch. As per these reports, the Central Board Of Film Certification (CBFC) asked for changes in the dialogues at the last minute thereby inconveniencing the trailer launch.

It was reported that the Central Board of Film Certification (CBFC) has objected to three scenes in Abhijeet Panse’s Thackeray. Of the three cuts suggested by the CBFC, the first is a reference to Babri Masjid, while the second is a dialogue pertaining to the agitation against South Indians. The third dialogue also contains certain words deemed objectionable by the CBFC. However, Tushar Karmarkar, RO of the CBFC in  Mumbai says the changes were done without any dispute whatsoever. Says Karmarkar, “Some audio-modifications were suggested in Marathi trailer of film Thackeray.  These have been mutually agreed upon by the filmmaker and the CBFC.”

A source adds that the film won’t face major hurdles when it comes up for censor certification. “Balasaheb Thackeray was known to speak his mind on public forums. All his controversial remarks are available in the public domain. So what is the need for the  CBFC to tamper with or modify statements that are already public knowledge?” asks the source close to the CBFC.