Director Luv Ranjan and choreographer Bosco Martis decided to choose the actor who would sing by making chits. 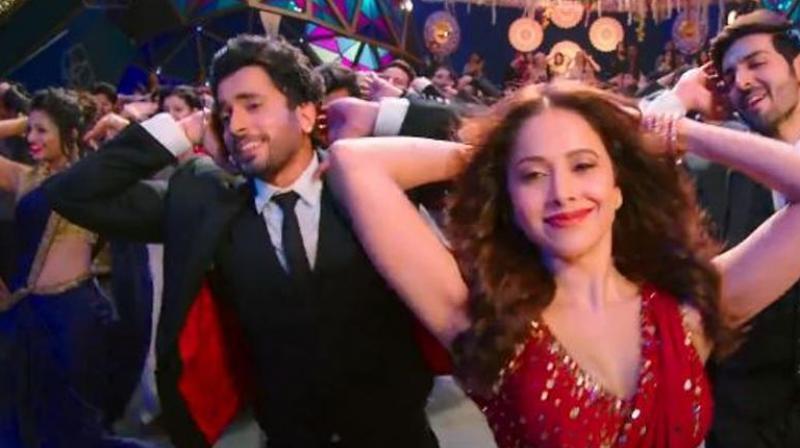 Mumbai: Fans of Yo Yo Honey Singh would've definitely been pleased to see him return from his hiatus with the song ‘Dil Chori' from the Kartik Aaryan, Nushrat Bharucha and Sunny Singh starrer ‘Sonu Ke Titu Ki Sweety.’

If you watched the song, you’d have noticed something different, the lead actress Nushrat Bharucha singing Yo Yo’s trademark call-out.

There is quite a story to how this event unfolded.

The team decided that one of the actors should sing the call-out, and Sunny Singh felt he was perfect for it as he was a Punjabi and also a male.

Nushrat Bharucha felt the decision shouldn’t be based on gender, and director Luv Ranjan and choreographer Bosco Martis decided to choose by making chits.

Nushrat emerged the winner and rightly got the chance to lend her voice to the song.

However, the interesting bit is that Bosco played smart while making the chits as he wrote Nushrat’s name in both of them.

Nevertheless, Yo Yo fans perhaps wouldn’t mind Nushrat’s sweet voice for the call-out for a change.