Kareena and Taimur to join Saif in Europe

Saif has made up his mind to not leave his family behind. 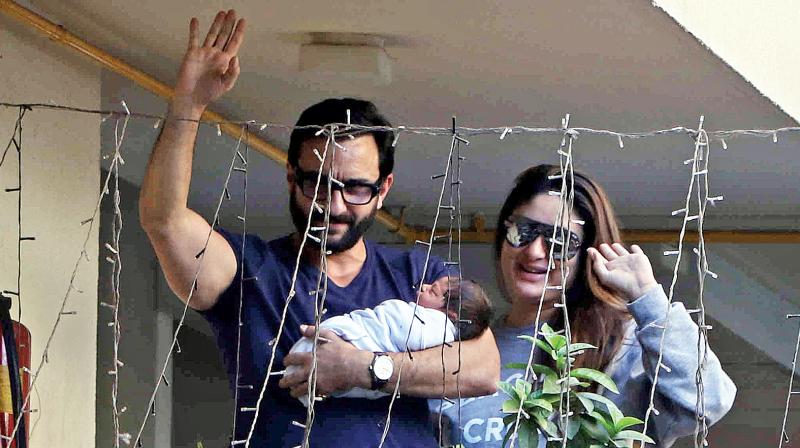 Saif Ali Khan is on paternity leave until January. But the way the new daddy has planned his commitments, he won’t lose sight of his newborn Taimur even after he resumes work. The actor will fly to Europe next month — with wife Kareena and baby Taimur in tow — to shoot a schedule of his film Chef.

A source confirmed that the star couple is already planning its first international trip as a family. “Saif has made up his mind to not leave his family behind. He wants to ensure that they are all together at least the first few months,” he said.

Directed by Raja Krishna Menon, Chef, which is a remake of Jon Favreau’s Hollywood film of the same name, has been shot in Kerala, Goa and Amritsar so far and the team will be shooting the last schedule in Europe. Only 20 per cent of the film’s shoot is pending. The film is slated to hit the theatres on July 14, 2017.