Nikkhil Advani has roped in the two actors for a dark, action-packed thriller, which will be directed by Milap Zaveri. 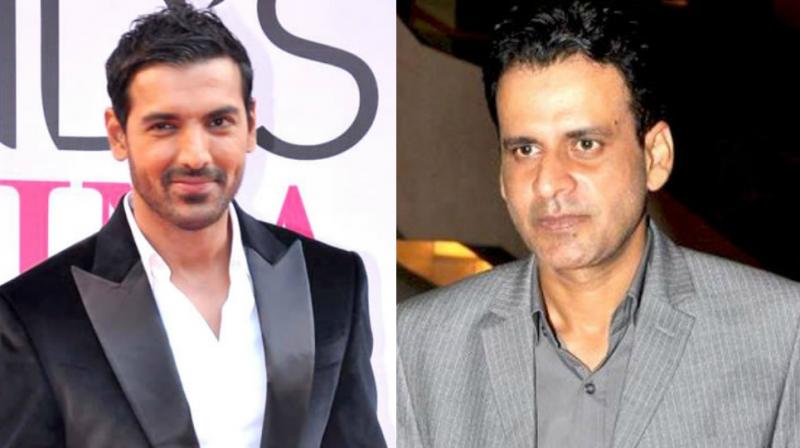 New Delhi: John Abraham, who is gearing up for the release of upcoming movie 'Parmanu', has already signed his next flick.

Nikkhil Advani has roped in John Abraham and Manoj Bajpayee for a dark, action-packed thriller, which will be directed by Milap Zaveri.

He tweeted, "John Abraham and Manoj Bajpayee to star in an action thriller. Revolves around a cop and a killer. Directed by Milap Zaveri. Produced by Nikkhil Advani. Starts Jan 2018."

Both producer Advani and director Zaveri have previously worked with John Abraham.

While Advani directed Abraham in the 2007 musical, 'Salaam-E-Ishq', Zaveri wrote the dialogues for 'Shootout At Wadala' (2013), which starred John Abraham and Manoj Bajpayee.

The team is expected to start workshops in mid-December, while the film will go on floors in January.