Soni Razdan was out with her older daughter Shaheen when her phone was flooded with messages form the bank. 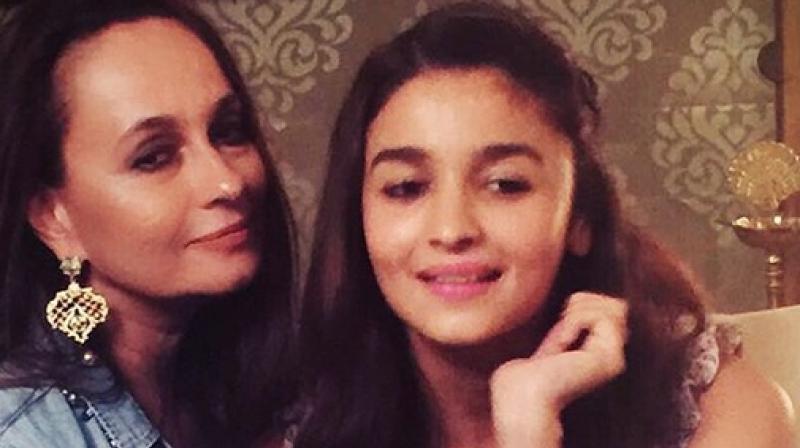 Razdan was flooded with One Time Transaction (OTPs) and transaction messages while she was in South Mumbai with her older daughter Shaheen (Pic courtesy: Instagram/ sonirazdan).

Mumbai: This Friday, yesteryear actress and mother of starlet Alia Bhatt, Soni Razdan was robbed off a decent amount of money while she was out with her daughter Shaheen.

As many as 19 transitions were carried out through her credit within a span of few minutes.

A traumatised Razdan told a leading daily that this unfortunate instance of fraudulent has left her ‘scared’. The actress also revealed that the card in question is seldom used and that she prefers keeping it locked in her cupboard.

"That card is either in my cupboard in lock and key, or it's in my purse but it's never swiped. I do my transactions through another service. I was with my daughter Shaheen in South Mumbai when I got a message with an OTP (one time password). We thought it's an old message that has been resent. In a fraction of a second, there was a diarrhoea of messages on my phone with OTPs and transactions. The bank promptly blocked my card, and assured me that I wouldn't have to pay for those fraudulent transactions. But I'm really scared now. What if I was shooting in the back of beyond and didn't get those messages? I would have been robbed!” the actress was quoted as saying by Bombay Times.

The last time she used this card was at Singapore airport. The actress is planning on filing police complaint and bring the culprits to justice.