Speaking about her role as Sylvia Nanavati, Elli says she chose to take on the role because of its links to real events. 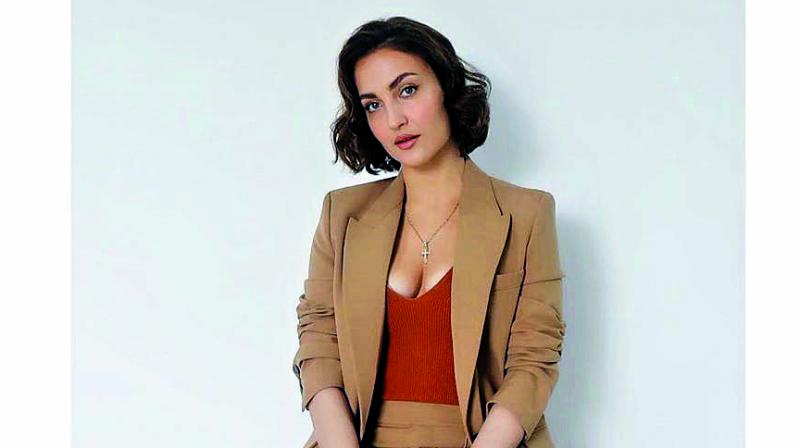 Elli AvrRam is in a good mood these days. After the success of her web series The Verdict: State vs Nanavati, the actress is happy that she has received such a warm welcome into Bollywood.

“I feel I am blessed to have received an open arms reception here in Bollywood. But it is also my hard work and talent that  helped me make my mark here in the industry. No one has really helped me. I got noticed because of the Bigg Boss show and I am also very grateful to Salman Khan for acknowledging me on the show, whenever he came on Friday and Saturday. So many people saw me then. I was not visible on the show otherwise as I am not the jhagdaalu (quarrelsome) kind. On the show, whenever the home mates fought, I would get into the bathroom and come out only after everything got over,” she recalls about her early days.

Speaking about her role as Sylvia Nanavati, Elli says she chose to take on the role because of its links to real events. “It’s a meaty role, and it also has so many layers. Sylvia is young, married, and a mother and audiences get to see her in her old age as well. You do not get such a role every day. I also loved it because it’s so strong and showing this young lady and her feelings in a very positive manner. It’s not just being a pretty face,” the actress shares, adding that this is the first series which will showcase the tale from the woman’s point of view.

“The other film that I watched like Rustom does not express the tale form this young lady’s point of view. It is such a big case, and so it’s easy to point a finger at women. But how she ended up fighting for her husband. She did cheat on her husband, but we need to know the reason and the circumstances behind her decision. She made sure she stayed back with her husband and her family. She could have divorced, but she did not do so. Its an amazing story of a strong woman.”

The 29-year-old also her personal links to the story of the web series. “I was planning to get married at an early age and had also dreamt about getting five children. Unfortunately, after seeing the world you become unsure about getting married. This was back in Sweden. My parents had a beautiful life together, so I still believe in love and believe that I can find a partner. But you are not always sure about staying together. Especially during hard times, it becomes hard to stay in that relationship. Partners in today’s times feel like breaking off. Now I have totally changed as a person, my career and my work is all that I am focused on,” she says.

As for her next project, Elli is tight-lipped. “There is a lot in store in my career; I look forward to a few films and web series. I am pleased with how things are going now, but I cannot speak about my next venture. I am doing another web series named Inside Edge, but I am not doing Malang,” she says in conclusion.