Usha Nehwal adds, “I am sure that Shraddha will play my daughter well. She is a very nice child.” 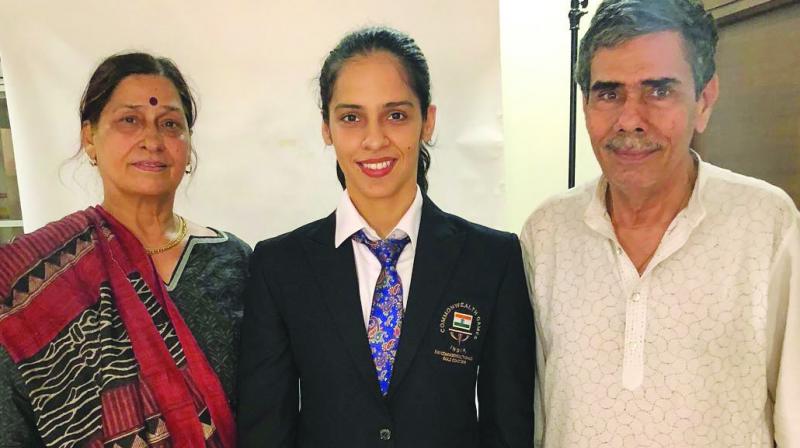 Shraddha herself is breathing a sigh of relief as the film was finally gone on floors after much delay.

It’s been just two days since Shraddha Kapoor has started shooting for the Saina Nehwal biopic, and she’s already had a special visit from the badminton champion’s parents Harvir Singh and Usha Nehwal.

Says the actress who’s elated by their presence at the shoot, “They have given me a lot of love and made me feel like part of their family. I am unable to express my feelings in words. I feel like my own parents are on set.”

Meanwhile, Harvir Singh is extremely happy that the film is being made, as any parent would be. “In India, some good biopics have been made including Bhagat Singh, Bhaag Milkha Bhaag, Dangal and Mary Kom. If Shraddha is able to inspire even one more Saina through her performance, it will be a great thing. It’s not necessary that the children who watch this film should take up badminton, they can play any sport. But they should get into it at that stage,” he says.

Usha Nehwal adds, “I am sure that Shraddha will play my daughter well. She is a very nice child.”

Shraddha herself is breathing a sigh of relief as the film was finally gone on floors after much delay. “It feels really good, and I am honoured to be a part of this film. I have been preparing for it since a long time, and as it’s a biopic, it’s a lot of work,” she says, adding, “When I look at Saina’s training schedule, I realise that I have a lot to do. I am trying to practice as much as her.”