The Rs 250 crore big-budget film is being bankrolled by none other than his son Ram Charan Teja, under his home banner Konidela Production Company. 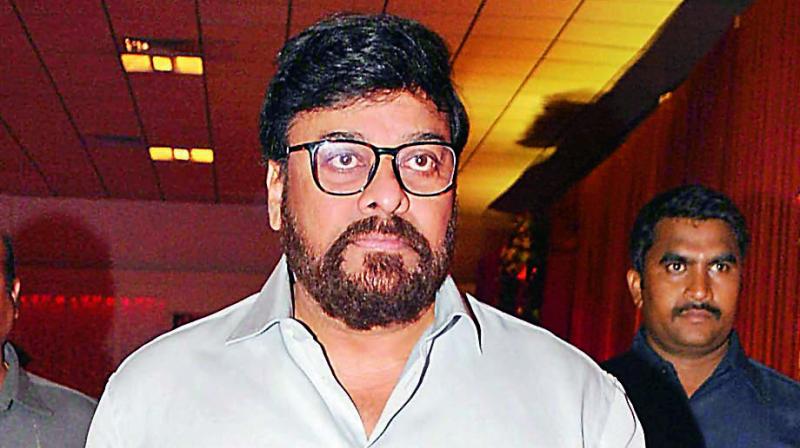 Chiranjeevi’s upcoming epic drama, which is awaiting a worldwide release in multiple languages, faces a grand clash as it releases on the same day as superstar Hrithik Roshan’s War.

Chiranjeevi is a worried man. His big-budget, dream project, Sye Raa Narasimha Reddy, starring him and other pan-India stalwarts, is all set to release on October 2. But on the exact same day, the Hrithik Roshan and Tiger Shroff-starrer War hits theatres too.

This is Chiranjeevi’s dream project and the actor is looking forward to the pan-India release. The actor had chosen the release on a Wednesday and not a Friday, as is conventional, because October 2 is a holiday, the day after which is the start of the Dussera holidays.

Even though Farhan Akhtar’s production house holds the rights of the Hindi version of Sye Raa Narasimha Reddy, the Chiru camp fears that the release of the Hrithik Roshan-starrer might actually affect the film’s revenue in the North-Indian market. If the choice is between a Telugu film dubbed in Hindi and a Hrithik Roshan film, the Hindi speaking audience will opt for the latter!

The Rs 250 crore big-budget film is being bankrolled by none other than his son Ram Charan Teja, under his home banner Konidela Production Company.

“That’s why Chiranjeevi started his promotion from Mumbai and not from here. He plans more promotional events in the coming days to compete with Hritik Roshan’s film,” says a source close to the actor. For the mega promotional events, he also plans to bring in Amitabh Bachchan and Rajnikanth on stage. “The venue is not yet decided and once it’s final, he is going to announce the details,” adds the source.