Entertainment   Bollywood  27 Aug 2018  Takht: This is what Kareena Kapoor Khan has to say on working with Ranveer Singh
Entertainment, Bollywood

Takht: This is what Kareena Kapoor Khan has to say on working with Ranveer Singh

Kareena also shared her excitement of working in a Dharma Productions project after such long time. 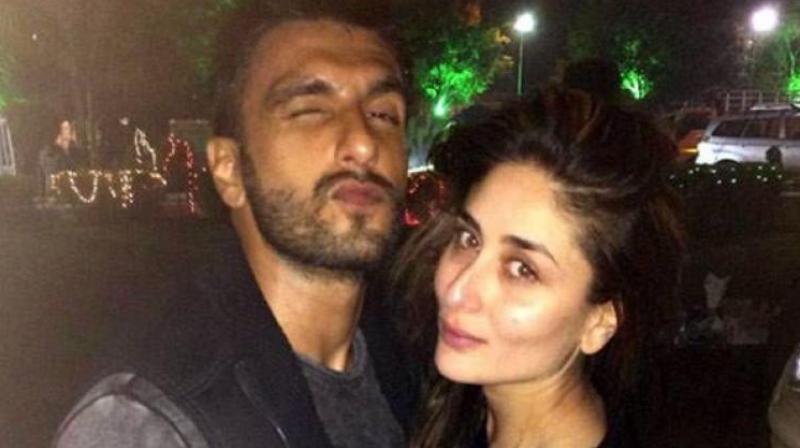 Mumbai: Kareena Kapoor Khan and Ranveer Singh will be co-starring in Karan Johar's period drama "Takht". Interestingly, the two gorgeous actors were set to work together for first time in Sanjay Leela Bhansali's 'Goliyon Ki Raasleela: Ram-Leela' (2013), but later Kareena was replaced by Depika Padukone to play Ranveer's romantic interest. However, the Bollywood diva says she is excited to finally collaborate with the actor.

Calling Ranveer one of the most "phenomenal" performers of this generation, the 37-year-old star said she is happy that they are finally working together.

The actor said the film is also special for her as after a long time she is working on a Dharma Productions project, to be helmed by one of her closest friends Karan.

"I have done so many movies with Dharma in the past, but after a long time Karan is directing me. It feels great. Working with Karan is always a pleasure," she said.

"He is one of my closest friends. He is actually like my brother. He is somebody I trust and love immensely. For me it's like being at home whenever I work with Karan and Dharma. It going to be a blast for sure," she added.

Filmmaker Karan Johar took to social media recently to make the revelation about upcoming Bollywood magnum opus. He wrote, "An incredible story embedded in history...An epic battle for the majestic Mughal throne... A story of a family, of ambition, of greed, of betrayal, of love & of succession...TAKHT is about WAR for LOVE....@dharmamovies @apoorvamehta18"

An incredible story embedded in history...
An epic battle for the majestic Mughal throne...
A story of a family, of ambition, of greed, of betrayal, of love & of succession...
TAKHT is about WAR for LOVE....@dharmamovies @apoorvamehta18 pic.twitter.com/BQg6SvdFfb

After helming 2016 Diwali blockbuster 'Ae Dil Hai Mushkil', Karan will be donning the director's hat for 'Takht' after two years.

The flick will hit the theatres in 2020.