Papon Mahanta and Ronkini Gupta have collaborated with none other than Anu Malik for the romantic track. 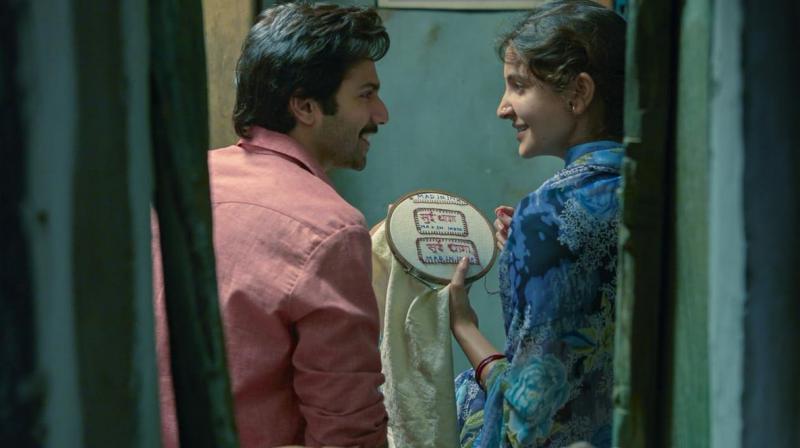 Anushka Sharma and Varun Dhawan in a still from Sui Dhaaga.

Anushka Sharma and Varun Dhawan’s first time pairing in the much awaited Sui Dhaaga – Made in India has become quite a talking point. They play innocent village folk Mauji and Mamta living in heartland India dreaming to make a name for themselves. While Anushka plays an embroiderer, Varun plays the role of a tailor from heartland India.

Their fresh chemistry has been hailed widely and in the first song from the movie titled Chaav Laaga, audiences will witness Mauji and Mamta’s heart-warming, innocent love story. The song captures the emotional and uplifting journey of Mamta and Mauji, who from being life partners become business partners chasing their aspirations and ambitions.

Anushka says, “Chaav Laaga is one of the most melodious and soulful tracks that I have heard in the recent times. It beautifully brings out the journey of Mamta and Mauji’s love story and how they fall in love with each other by learning to respect each other’s talents and abilities. It is a song that celebrates the purity and strength of love.”

Varun adds, “It is one of my most favourite romantic tracks. It is soulful, incredibly romantic yet extremely simple. I love Chaav Laaga for its innocence. It shows real romance between very real people. Mauji and Mamta find the courage to dream, to aspire and to chase their goals by trusting each other. The song celebrates this trust, this unconditional love.”

Chaav Laaga is a simple ode to finding love and understanding in one’s life partner within life’s constraints and obstacles. It celebrates the uplifting power of love that helps a partner to dream big and to look at all problems in the eye.

As circumstances compel the young Mauji and his wife Mamta to be together and yet be apart, this song focuses on their deeply felt love that grows with time. It’s love after marriage that blooms and grows slowly to last forever.

The song depicts that their love isn’t going to be the usual flowery one, but a more realistic version of it which will go through troubles and emerge as a winner.

Papon Mahanta and Ronkini Gupta have collaborated with none other than Anu Malik for the romantic track.

A film about finding love and respect through self-reliance, Sui Dhaaga - Made in India is a heart-warming story that celebrates the spirit of self-reliance. The film’s plot is inspired by Mahatma Gandhi’s philosophy and takes a leaf out of the hugely acclaimed Make In India campaign. The National Award-winning, dream-team of director Sharat Katariya and producer Maneesh Sharma have come together again for this Yash Raj Films’ entertainer that is set to release on September 28 this year.