Anushka Sharma, Varun Dhawan learn to sew in the dark for Sui Dhaaga - Made In India

The superstars play innocent village folk Mauji and Mamta living in heartland India with dreams to make a name for themselves. 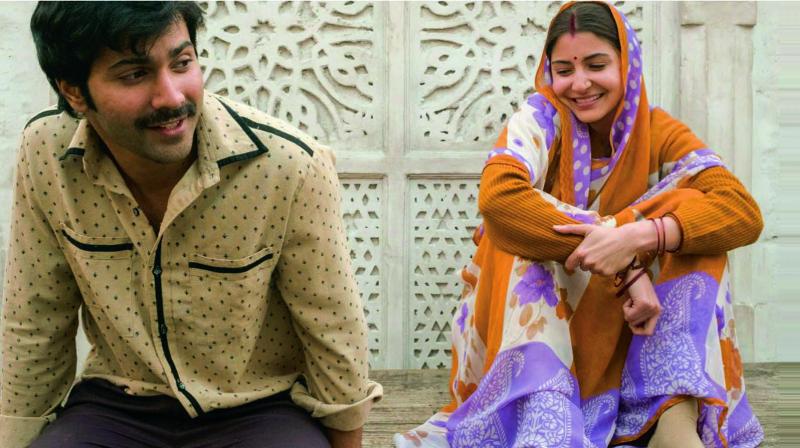 Varun Dhawan and Anushka Sharma from the sets of Sui Dhaaga.

Mumbai: Anushka Sharma and Varun Dhawan have given it all for Sui Dhaaga – Made in India. The superstars play innocent village folk Mauji and Mamta living in heartland India with dreams to make a name for themselves. While Anushka plays an embroiderer, Varun plays the role of a tailor from heartland India. Director Sharat Katariya wanted to capture the genuine small town essence in his film and went all out to make it as authentic as possible.

Sharing the experience, Anushka said,“Craftsmen work day and and night and Sharat wanted to show how a  craftsman in such places would work through the night. We learnt that many use the bright street lights to aid their professional needs and we wanted to capture this in the film.”

Varun added, “These talented artists generally go on the roof of their houses and start working at night. Mauji and Mamta’s character takes a leaf out of this dedication, ambition and entrepreneur spirit. We shot some sewing and embroidering scenes using the street lights of Chanderi and they are really touching. Sharat has got some very heartfelt moments while shooting these scenes.”

Varun and Anushka have been paired for the first time together and they have definitely become the most-awaited on-screen jodi of 2018. YRF's entertainer Sui Dhaaga – Made in India brings together National Award winning producer-director combo of Maneesh Sharma and Sharat Katariya after their blockbuster Dum Laga Ke Haisha. The film is a salute to the inherent entrepreneurial spirit that the youth of India and our local artisans have.

Sui Dhaaga - Made in India is set to release on September 28 this year, just before Gandhi Jayanti.