Entertainment   Bollywood  27 Jul 2018  She told us in ‘Nick’ of time: Ali confirms Priyanka’s marriage made her quit Bharat
Entertainment, Bollywood

She told us in ‘Nick’ of time: Ali confirms Priyanka’s marriage made her quit Bharat

Excitement was built all around as global star Priyanka Chopra was welcomed on board back to India with ‘Bharat’. 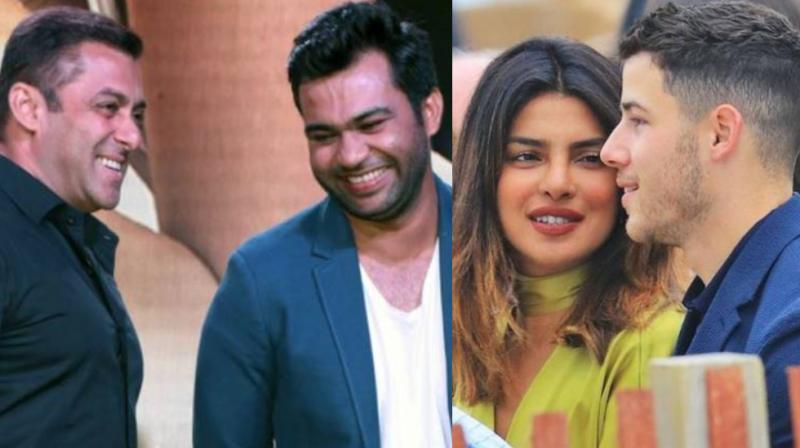 Excitement was built all around as global star Priyanka Chopra was welcomed on board back to India with Bollywood film ‘Bharat’.

Who can even forget the special banter between her and Salman Khan? Khan had pulled her leg saying film Hindi mein hai, and PeeCee gave it back reminding one and all that she’s the ‘desi girl’.

Soon after Piggy Chops was finalized for Shonali Bose’s movie ‘The Sky Is Pink’, the prep for which has begun with Zaira Wasim and Farhan Akhtar.

While everything was finalized and Priyanka was going to begin shooting for ‘Bharat’ in a few days, it was being heard that she is getting married to her love Nick Jonas.

This doesn’t really come as a surprise considering how both the families have accepted them, but we didn’t expect Priyanka to leave her film commitment for marriage, that too a Salman Khan starrer!

And soon after, director Ali Abbas Zafar confirmed the news stating Priyanka told them in the ‘Nick’ of time and hence she will have to be replaced.

Yes Priyanka Chopra is no more part of @Bharat_TheFilm & and the reason is very very special , she told us in the Nick of time about her decision and we are very happy for her ... Team Bharat wishes @priyankachopra loads of love & happiness for life 😊😉😍

Even though Ali finds it a special reason, we wonder how Salman would’ve reacted to that, considering he is super committed to his work and words.

Also, Priyanka is best friends with his sister Arpita, and then was taking such a step good on her part?