Suchitra Krishnamoorthi goes to police after ‘slut’ trolls on Twitter

The persons who trolled had allegedly used demeaning language to criticise her tweet. 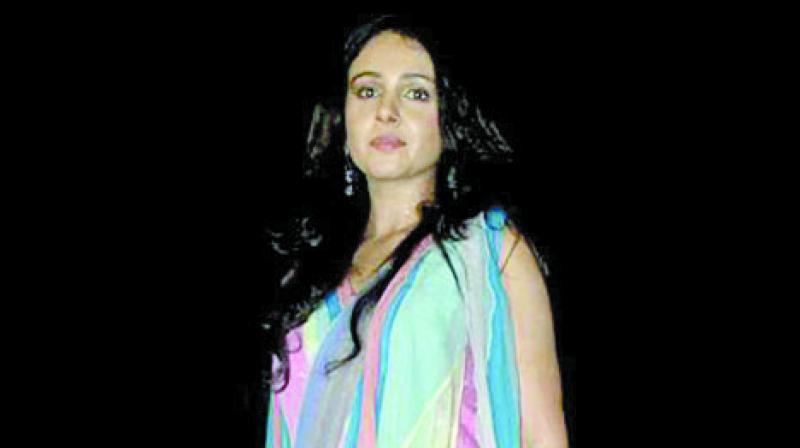 Mumbai: Singer and actress Suchitra Krishnamoorthi (41) on Wednesday submitted a complaint at the Oshiwara police station against a few Twitter users for allegedly trolling her as a ‘slut’ and ‘call girl’. She had tweeted about the sound of ‘azaan’ after reaching home early on Monday. After registering a complaint at the local police station, Ms Krishnamoorthi also tweeted her picture standing outside the police station that said: “Thank you Mumbai police. You are the best”.

The persons who trolled had allegedly used demeaning language to criticise her tweet.

On Monday, Ms Krishnamoorthi had tweeted: “Came home at 4.45 am 2 most aggressive/ ear shattering call of azaan. Nothing more lowlife & dumb than such extreme imposed religiosity”.  While some commended her for talking about the issue of noise pollution, a few others used profanities, dubbing her as an ‘attention-seeker’ and slut. Three months ago, singer Sonu Nigam had tweeted about the use of loudspeakers for religious reasons including giving the call of azaan. He too was trolled. A West-Bengal based cleric had even issued a ‘fatwa’ against him.

Ms Krishnamoorthi, while sharing the abusive messages in a tweet, said, “Look at these perverts! Feel sorry for my India -with this kind of attitude towards women it’s no wonder we’ve become rape capital of the world.”

Deputy commissioner of police (cyber crime) Akbar Pathan said, “We have received a complaint from the victim, and we are looking into the matter. The FIR is yet to be registered.”