Varun Sharma is currently busy with the promotions of his next, Arjun Patiala, also starring Diljit Dosanjh and Kriti Sanon. 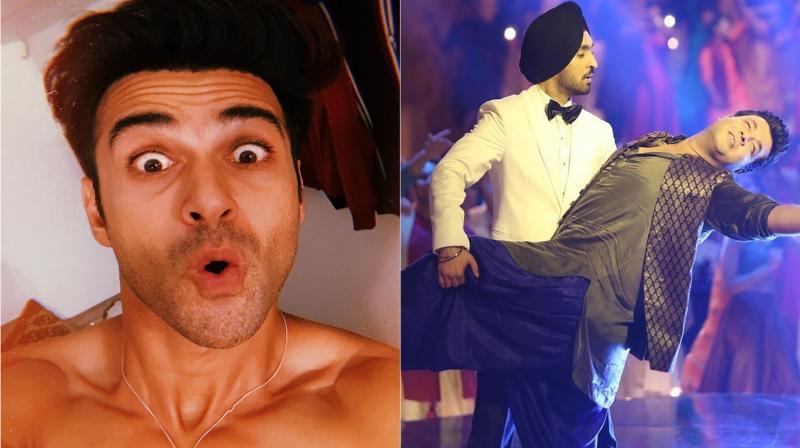 Mumbai: Pure bromance is the best kind of friendship and when it comes to celebrities we always crave to witness such love. One of such bromance example was set in 2013's Fukrey where Hunny and Choocha were inseparable in the film. But the best part is, that not only in the film, Pulkit Samrat and Varun Sharma, who played these characters in the movie have been BFFs ever since.

Varun Sharma is currently busy with the promotions of his next, Arjun Patiala, also starring Diljit Dosanjh and Kriti Sanon. The first song of the film 'Main Deewana Tera' was released today and Varun shared a still from the song on his Instagram page. In the picture, Varun is seen holding Diljit in a dance pose. After seeing this, Pulkit got really "jealous" and commented on the picture. Even Varun was trying to make him understand that there's nothing between them. Take a look at their fun banter. 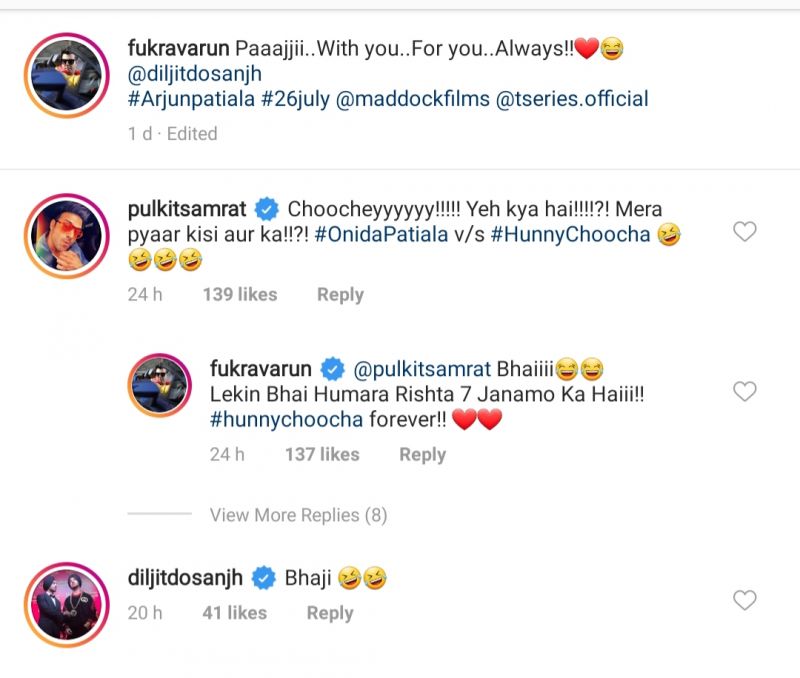 This is damn funny! Even Diljit couldn't control himself to not be a part of this fun conversation. Well,  we just hope that their bromance lives forever and they keep entertaining us by doing such great roles.

Arjun Patiala is all set to hit the theatres on 26th July.