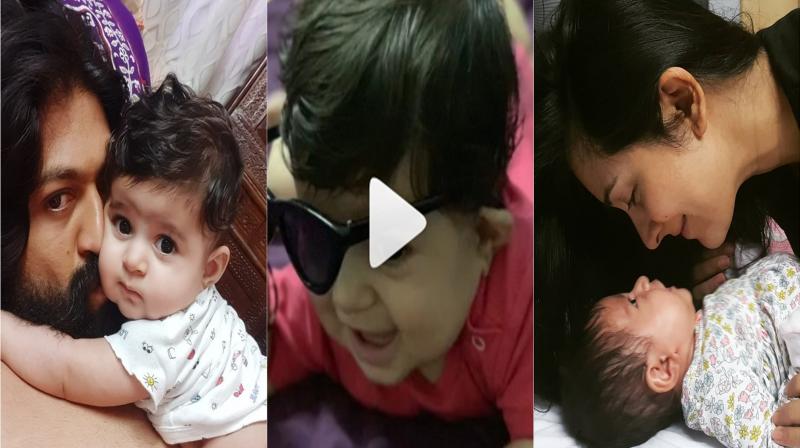 Well, the video comprised cute pictures of little angel Arya with running text and cheerful music in the background. The text in a video read, "Hi everyone, Ayra here, you guys won't believe what I just heard. They said my dad has speed, but this? Wait a min! Is it too early? Or too late to announce? But I am sure you guys will be happy! I am too, my parents are due for baby number two. Hold on....Does that mean I have to share my toys? That's ok... Swag se karenge uska swagat! - Ayra." Awww! So adorable, isn't it?

Yash and Radhika welcomed their first child Ayra in December last year. The couple often shares some cute moments of their baby girl on social media.

On the work front, Yash is currently preparing for the second installment of the film, titled KGF: Chapter 2.