The actress, who is thrilled to be part of this platform, says she is used to Fridays and cinema halls, and that this is new territory for her. 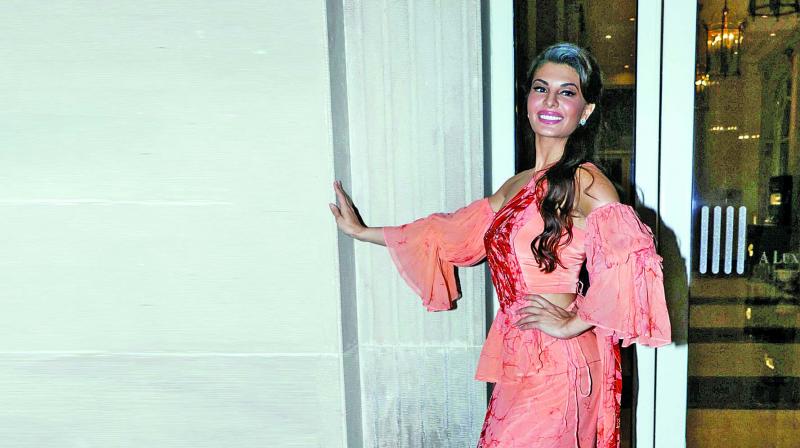 Jacqueline Fernandez is all set to make her foray into the digital space with Farah Khan’s Mrs. Serial Killer for Netflix. The actress, who is thrilled to be part of this platform, says she is used to Fridays and cinema halls, and that this is new territory for her.

“It’s new territory for me. I am working on Mrs. Serial Killer for now and it is a digital platform; it is not something I am used to. I am used to Fridays and cinema halls, so this is a new and interesting space for me. The fact is that this seems to be the future as well and a new emerging platform for films,” she says.

“It doesn’t change anything about what you do; we are still working as actors and working with a similar team, and only the platform changes. But it’s lovely to see that because of digital, it reaches out to more people. There is so much new content and talent being discovered,” she adds.

When asked about the prep work for this show she said: “I have to work on becoming a much stronger person, both mentally and physically.”

Directed by Shirish Kundar and produced by Farah Khan, Mrs. Serial Killer is a thriller film, slated to release this year. According to Farah, Jacqueline will be seen in a completely different light in the Netflix original film.

“Jacqueline’s digital debut will be something different for her. It is completely different from anything that she has done in the past. She doesn’t even have a song, nothing,” the producer says.