If one remembers, Sushmita Sen recently revealed how a 15-year-old molested her at an awards show, and she fought back. 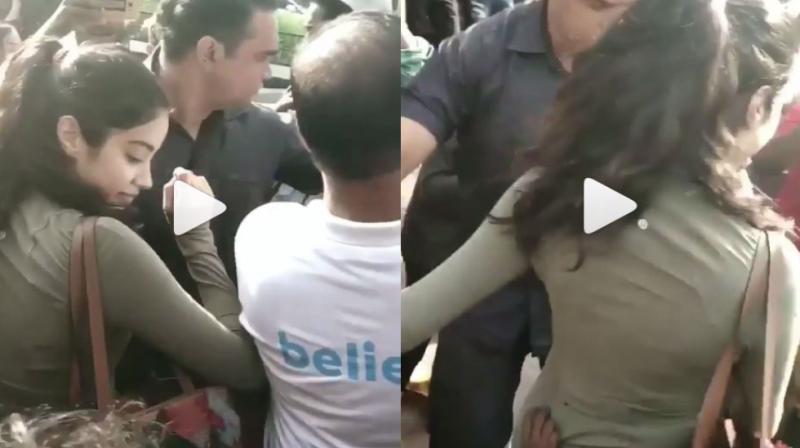 Ever since Sridevi’s demise and Janhvi Kapoor’s much-awaited debut, Janhvi has become a popular face among everyone across.

The ‘Dhadak’ debutante recently spoke about her mother after a long time at the National Awards ceremony and her videos often go viral, thus proving her popularity.

Janhvi was exiting an eatery some days back, when she was mobbed by children who probably came from the slum area.

They were rejoicing on seeing her, and in order to treat her fans, Janhvi herself stopped and greeted a few of them. But then, one kid touched her inappropriately (not sure if it was intentionally or unintentionally). That moment, Janhvi left but she still didn’t feel right, which she was hiding through her smile. Watch the video here:

If one remembers, Sushmita Sen recently revealed how a 15-year-old molested her at an awards show, and she fought back. Janhvi also could have been a victim just like the others and this video is yet another proof of misbehaviour by fans (even if unintentional).